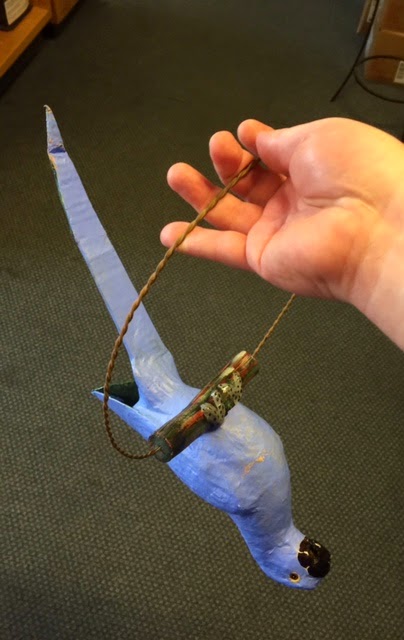 So, here's my introduction from tonight's event, when I got to introduce John Cleese.  As you can see, I even had a prop -- see (parrot) below.  Mr. Cleese proved to be a shy gentleman, not eager to meet people or pose for pictures, thus the photograph above.  I did get to have a brief chat with him, and he shook my hand after I'd introduced him.  That was enough for me.  His conversation with Seattle radio personality, Steve Scher was delightful.  I got to sit right in the front.  It was thrilling, as I said below.  Hopefully, there will be a video along directly, though I've no idea if I'll be in it.  For the time being though, there's this:

I've just had the privilege of meeting one of my heroes, a man I very much admire, as you might imagine, and I'm still a bit star-struck. SO exciting. I refer, of course -- to Mr. Steve Scher. (He's right over there, by the way, next to the tall, English gentleman.)

I stand more than a little in awe of real competence, you see. I stand before you as someone who is himself good at very, very few things, and lucky, frankly, to have found employment in a bookstore. You can imagine then how dazzled I am by anyone as good at his job as we all here in Seattle know Mr. Scher to be from listening to him for so many years on the radio. More than this, he has the knack – so vital, I should think in an interviewer -- of intelligent conversation with every sort of interesting person; from authors and experts and actors to just... well, strangers, actually. He meets people well, he really does. Not everyone has this gift, you know.

I, for example, tend to become uncharacteristically shy in the presence of genius; I tend to burble and gush, to ramble on aimlessly and blush and perspire... what was I saying?

Take this evening! When I was offered the chance to introduce Mr Cleese I was, understandably thrilled! He is, after all, one of the towering comedic talents of our time. But what to do?! What to say about a man who has been making me, all of us, howl with laughter for decades? It's a problem. How to thank him for Monty Python, and Fawlty Towers, and a Fish Called Wanda, and now for this wonderful new book, So, Anyway...?

Well, I had time to think about it, and I did have a few ideas, all of them bad, as it turns out. I thought of asking a particularly tall coworker to practice his silly walk, or asking another if he might be willing to wear Manuel's white jacket and a false mustache. I thought of this... ( displaying paper mache parrot) Wiser heads prevailed.

As Jerome K. Jerome once said, “I often arrive at quite sensible ideas and judgements, – on the spur of the moment. It is when I stop to think that I become foolish.”

Let me be a warning to us all then:

When meeting Placido Domingo,even if you've been told you can carry a tune, do not try to sing!

So instead, and in conclusion, let me just humbly encourage anyone who hasn't yet to buy a copy – and with the Holidays coming on, buy multiple copies and give them as gifts – of this wonderful new book, So, Anyway... In it you will find not only one of the funniest human beings presently astride this planet, but also a wonderful writer, a fascinating man, and a delightful companion on many a cold night. (To say nothing here of bright pink schoolmasters, Graham Chapman, Connie Booth, a genuinely dear old Dad, and a truly unforgettable mother.)

Oh! Not that it matters now, but I've just remembered my name. Be that as it may, ladies and gentlemen, please allow me to introduce Steve Scher and – the author of So, Anyway... Mister John Cleese! 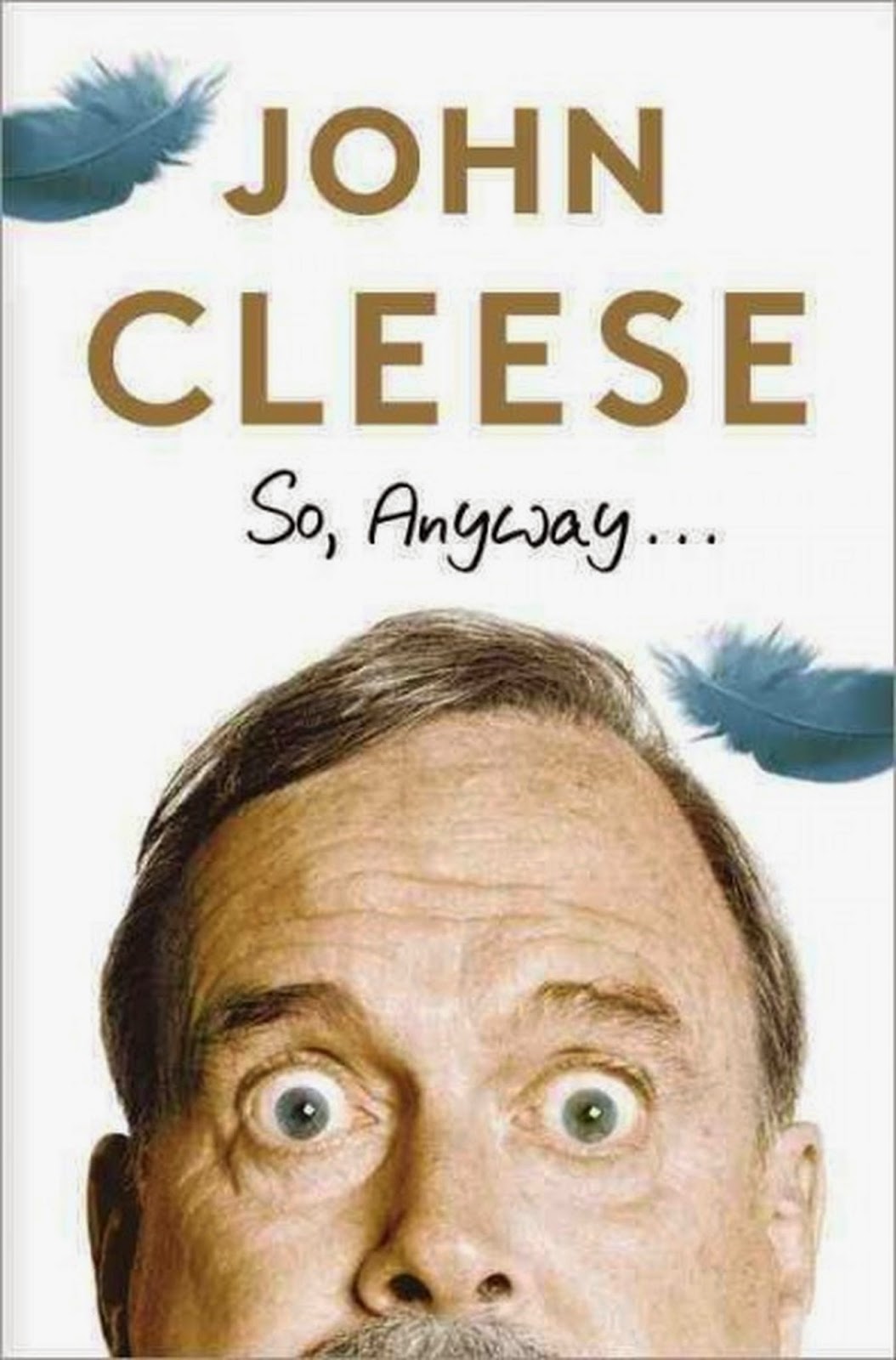