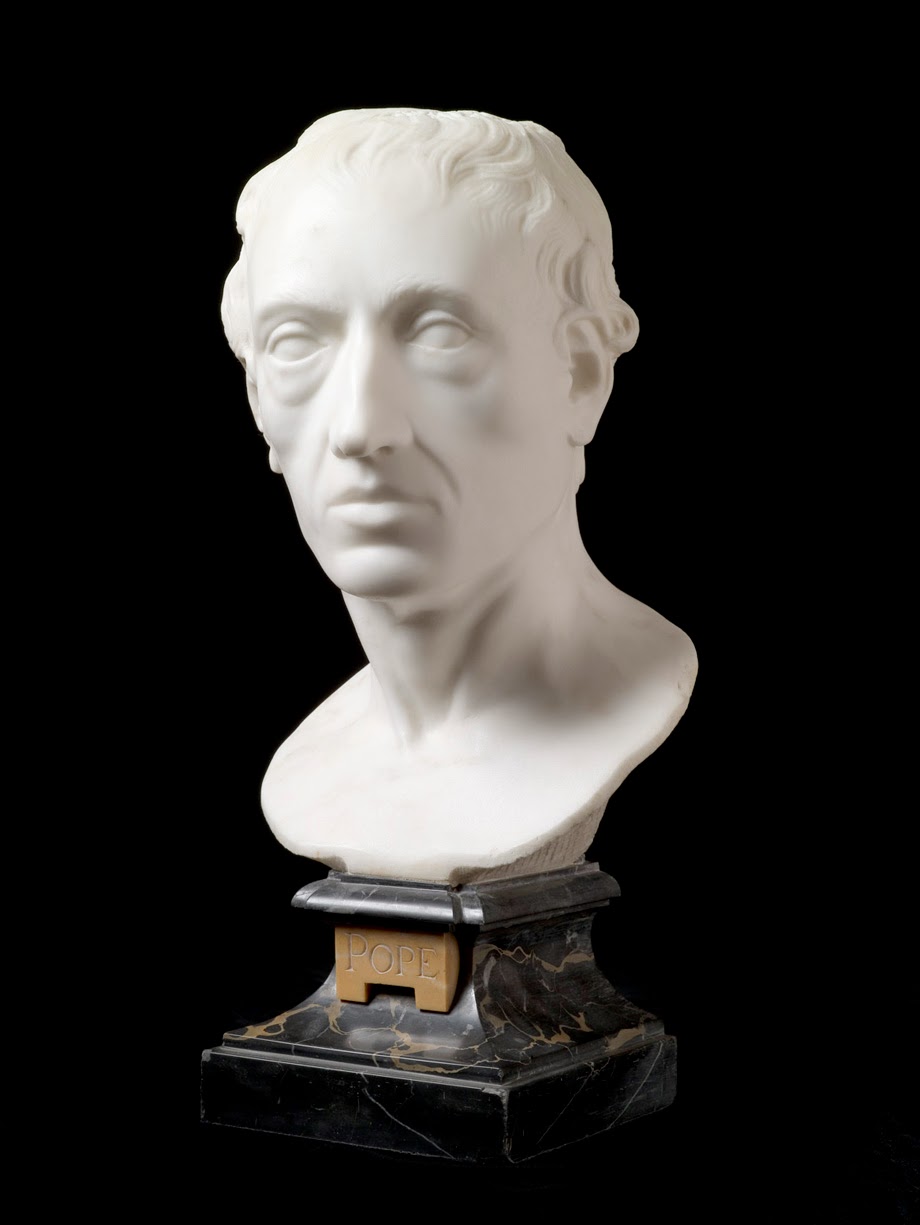 
When Alexander Pope strolled in the city
Strict was the glint of pearl and ''old sedans.
Ladies leaned out more out of fear than pity
For Pope's tight back was rather a goat's than man's

Often one thinks the urn should have more bones
Than skeletons provide for speedy dust,
The urn gets hollow, cobwebs brittle as stones
Weave to the funeral shell a frivolous rust.

And he who dribbled couplets like a snake
Coiled to a lithe precision in the sun
Is missing. The jar is empty; you may break
It only to find that Mr. Pope is gone.

What requisitions of a verity
Prompted the wit and rage between his teeth
One cannot say. Around a crooked tree
A moral climbs whose name should be a wreath.
Posted by usedbuyer 2.0 at 12:16 AM