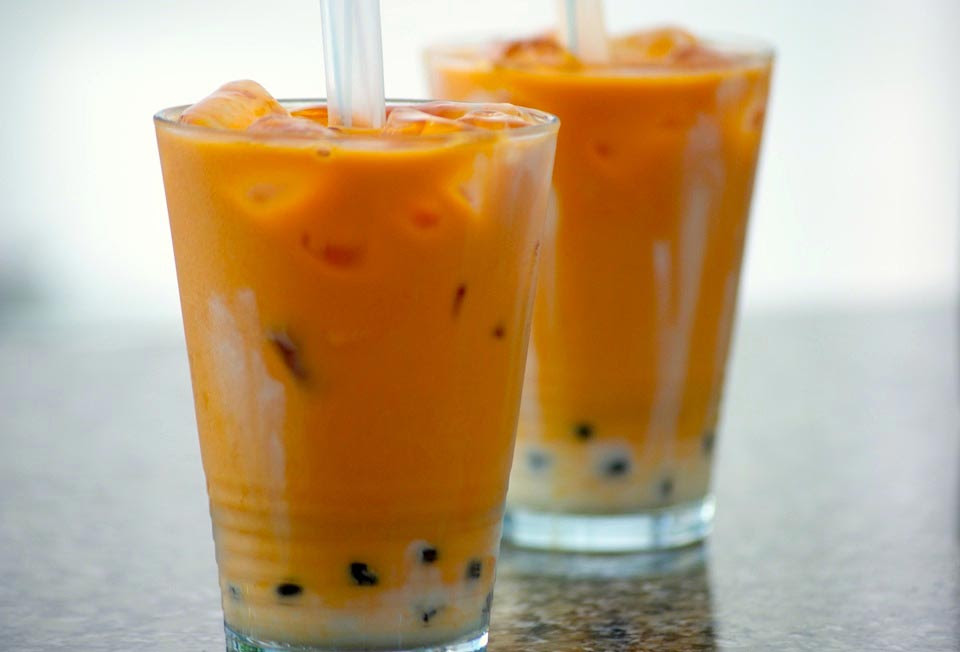 I've got a meeting tomorrow.  Well, a lunch, really.  Better already.  Nothing bad comes of a good lunch, I find -- so long as we're not talking about my waistline, and we are never talking about that, ever.  Lunch means food and conversation, so already the whole ugly business of agendas and talking points and well reasoned arguments, while still important, will at least be properly sauced with peanuts and peppers and giggly, girlish chatter.  (We're thinking Thai food.  I will of course be the giggler; nervous habit.)

I am not good at meetings per se.  I'm popular at meetings, mostly, but that's not quite saying the same thing, is it?  At some of my other jobs and on committees and such,  I was known to lighten the atmosphere.  People enjoyed that -- again, mostly.  Not bosses always, but the common folk.  I've got the common touch, being so common myself, you see.  If not kept in check though, I've been known to bring more heat than light.  I blame my brief participation in the Optimists Club Forensics Competitions, when I was all of fourteen.  (I wonder if they still have those, the Optimists?)  There I learned valuable lessons about the rules of debate, rhetorical devices and the power of relentless jingo.  (If things aren't going well, remember, there's always a way to work in a stirring reference or two to motherhood, the founding and Our Sacred Flag.)  Good lessons, so far as they went -- second prize I think, at the county competition -- but as I never really dreamed of becoming an Eagle Scout or an alderman, the debating style I learned there has not proved specially useful in, say, a discussion of budgets, or nominations for the best wordless picture book of the year by a Northwest "writer."  Worse, during my last abrupt go at college, I was surely one of the very last Rhetoric Majors.  It couldn't have been but a week or two after I'd signed up and declared for Rhetoric; that noble art of persuasion, that the Department changed it's name to "Communications," and I found myself unhappily in a supposedly scientific pursuit to which I was intellectually and dispositionally most unsuited.  Still, I got just enough of Demosthenes to ruin me forever for "communicating" rather than talking, etc.  I probably should've stuck around and learned a little more of the lingo, and earned a degree.  Would have helped, I do not doubt, when talking thereafter to MBAs, CEOs, and all other such lettered ladies and gentlemen.  As it is, in the company of my betters, I tend to sound more argumentative than I mean to, meaner than I am -- honest -- and less persuasive than pushy.  (Some of this can't be helped now.  Say the word "teams" in reference to anything other than the Olympics or the current season of Project Runway, and I make a face.  Try as I might not to.  Not pretty, and people notice.  That's bad.)

At the few meetings to which I am still nowadays invited, I've learned to bring a pencil and paper.  It's not that anyone really thinks I'm taking notes.  Everybody knows I'm actually doodling rude caricatures and basically making faces on paper, but at least it keeps me fairly quiet.  That's good.  When I do talk, I try to be a team player.  ( - )  Like I said, I don't get asked to a lot of meetings anymore.

And that's fine by me, honestly.  If by some miracle I actually find that I have something constructive to contribute to the conversation, may I just say, in my own defense, that I'm at least as happily surprised as everybody else.  Otherwise, most meetings tend in my experience to be about receiving information rather than making anything like a speech, for the likes of me I mean, and that has proved a most valuable, and hard earned lesson.  I do listen.  Whatever I might be drawing, really, I am listening.

Tomorrow's meeting will be different.  In the first place, I asked for it, and in the second, as I've said, lunch!  Then I will also be in the company of charming women.  That is hugely good.  I like women.  In everything other than bathing suit modeling, I actually prefer women to men.  I may have just put that a bit broadly, but that really has been my experience.  Let me just tether that statement then to a more defensible truth: I like these women.  One of the two is a very dear friend.  The other, though I don't know her well yet, I'm pretty sure may be. Win, as they say, win.  No better start to a good conversation than congenial company.  I can be sure of a hearing, and I'm already curious to hear their opinions.

Our topic will be reading, specifically reading aloud, and the possibility in the near future of more of it from staff, and specifically me.  Not just me though.  That will be one of the points I'm rather hoping to make, but leave that for now.  Any of my friends familiar with this enterprise, or with my obsessions generally, will already know that there are now few causes dearer to me than this.  I love old books.  I love the great poetry and prose that are as much our common heritage in this country as liberty, hotdogs, "muddin'" and motocross. All the things on that list already have their enthusiasts and defenders in the wider culture, and even, I should think in the bookstore.  (Okay, those last two I take from my own redneck relatives, but it's perfectly possible someone working in the bookstore goes "muddin'." )  I'm not such a narcissist as to fancy myself responsible for bringing Shakespeare to the otherwise benighted.  You've only to look at me to see I'm not so grand as all that.  (Sadly, I'd not look out of place at the races, though appearances to the contrary,  I don't drink beer or know the words to any Toby Keith songs.)  However, I do have something very like a mission -- call it a purpose for want of a better word -- and while the best and safest way for me to pursue this has proved to be right here, in my own, safe little corner of the vast Interwebs, I confess I am not entirely satisfied just talking to myself.  Now and then, when they'll let me, I break out.

Think of it this way: picture a girl with a big voice and a genuine love of the song stylings of Ella Fitzgerald, but too shy, and too often discouraged from letting loose on an unsuspecting crowd 'round the family upright, but who still enjoys the Karaoke bar after her third dirty martini.  Not exactly that, but near enough the point.  Well, now and then, having wowed her equally tipsy girlfriends with a swinging rendition of "A-Tisket, A-Tasket," she dreams of a bigger platform, not Carnegie Hall, mind you, but a proper "set" down to the VFW Hall on a Saturday amateur night.    That's me.

The real problem here is that I can't sing.  If I could, nobody at the bookstore would have to worry I might take the mic and rock the joint out.  Not that a great singer wouldn't be welcome, but I hope I'd have the sense to pick a proper occasion, around the Holidays, maybe.   What I do do, what I love doing and feel passionate about making happen, is talking about great books.  I get to do that sometimes, at my job.  That's a wonderful thing.  As our current ad campaign's tag says, "I'm passionate about books."  (Great tag.)  That's also the primary justification for nearly everything I do here: writing about reading, reviewing books, drawing caricatures and cartoons, discussing the state of the business of literature, gabbing away into the empty.  Another way to express this enthusiasm, another nearly lost part of of literary heritage, I believe, is reading aloud.  I do that here as well.  I do it every Christmas at the bookstore, and nowadays, even elsewhere, and shockingly, even for pay, potentially.  I should like to do more of it.  I should like to see more of it done at the bookstore and by more of us, the booksellers, enthusiasts all.

I want us to do more.

I know I've gone on and on about this many times before.  To anyone who's read what I've had to say here on the subject already, or listened to me preaching about this in my cups, I apologize for the familiarity of my sermon, but here we are, and the opportunity, I feel, is new and there's a very real chance again to have another go.  There are new ears, it seems.

New problems, probably as well.  My present obsession seems to be 17h Century poetry.  You want something like a hard sell?  Forget my dream of an evening spent reading aloud the last chapter but one of Dickens' Old Curiosity Shop in it's entirety -- 'cause that, my friends is a neglected, and much abused masterpiece, I'm convinced and very much in need of another hearing, even if only with my poor voice to do it, and only my most loyal and patient friends to listen.  Think of the kind of crowd one might expect when offered an evening of George Herbert's sacred poetry and maybe a few lines of Abraham Cowley or Henry Vaughan to perk up my drowsy auditors -- both of them, if I'm lucky.

"Well, then; I now do plainly see,
This busie world and I shall ne'er agree"

That's from Cowley's The Wish.  You know it:

"May I a small House and a large Garden have!
And a few Friends, and many Books, both true,
Both wise, and both delightful too!"

How exactly though am I to sell that over green beans in special sauce tomorrow?

But this isn't about me, altogether.  Reading aloud, and the need of putting great poetry and prose into the air, that's the point.  That's the hope.  That's the proposal.  I've said it before, and I'll say it again tomorrow, words require breath to live.  If we truly believe in literature as a force for good in this world, and that is the reason I firmly believe that we still go to work in a bookstore and people still come to us for their books, then the profession of our faith requires, at least now and then, the unique communion that is only possible from reading aloud and listening together to all that is great and good in those books we so stubbornly  insist on selling.

So tomorrow, over delicious Thai iced teas, I'm really hoping we might put our heads together and find a way.

"No Nature yet, or place for 't to possess," maybe, but at least the possibility of creation is present, even in a meeting, no?