In Defence of the Philistine 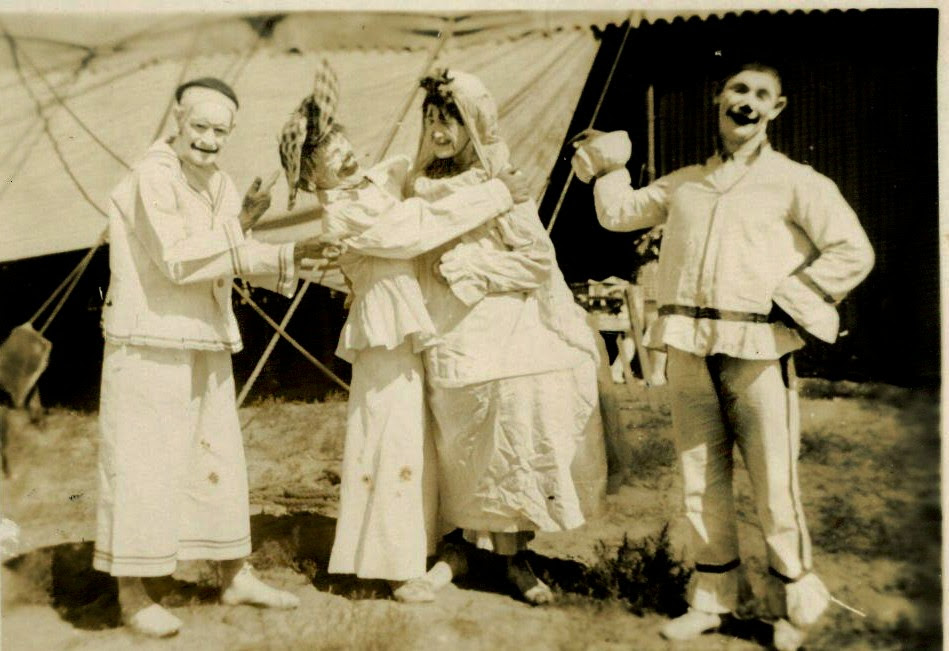 William Carlos Williams.  Whenever I think about being taught to read poetry, I always think of William Carlos Williams' poem, "This Is Just To Say."  You know it.  It's the one about the plums: "I have eaten / the plums / that were in / the icebox" etc.  I can remember that class, though not quite which grade it was.  High school, certainly.  Freshman year, would it have been, that one first read the moderns?  That poem, anyway.  Completely defeated me, that one.  I remember the poet had a "variable foot," which I still find funny.  The poem, however, was not funny.  The poem, as I remember it, defeated us all; teacher, students, textbook.  What on earth?!  Not just the how of the thing; the scissored little lines, the less than subject of the poem, but also to what mystifying purpose such a poem may have been written.

How many young readers, I've wondered since, might have been served  just those juice-less plums, those dry little lines "So sweet / and so cold", as a first taste of "serious" poetry.  Not that there hadn't been poetry already in even a childhood like mine, otherwise "unfed by splendour," in Browning's famous phrase, but suddenly poetry, even seemingly the least of it, required a context, history, explanation.  Oh dear.  Not that this moment might not have happened before or elsewhere: where, pray tell, the "dales of Arcady"?* And who is it again, "... like a lackey, from the rise to set / sweats in the eye of Phoebus"?** (How rude!  Poor Phoebus, whoever he was.)  Explanation required.  Notes necessary, no?  So farewell The Barefoot Boy.  (Farewell likewise, for the most part, rhyme, song and play.)  Poetry, it seemed, however simple, to be good, thereafter must be hard.

Despite the above, this new sobriety appealed to me mightily at the time. I longed even then for adult pleasures; sex of course, but also the things of the mind, cocktail-conversation, sophistication, books, cities, escape!  The idea that the grown-up world had decipherable codes, teachable keys, made me both inexpressibly eager and anxious that I might already be at a disadvantage.  If I couldn't "get" something so simple as a poem about plums, what chance would I have successfully negotiating my first postcoital conversation about modern poetry when I'd finally made it to the St. Mark's Baths?  (I had rather grand, and rather confused ideas at the time about both the etiquette of sex clubs and the level of discourse therein.)

Whatever fantasies I was nursing about my erudition wowing 'em someday in the back-rooms of the Meat Rack, the lesson I would seem to have learned, unfortunately, was that good poetry allowed for little or no funny business.  The good stuff was as hard as frozen cider, and make no mistake.  The result was time not so much wasted as joyless.  Poetry was good for me.  Had to be.  Likewise, the new critical tools necessary to crack it.  Nobody said it was going to be easy.  Nobody certainly promised a lot o' laughs.  (What do I remember by way of amusement in those days?  Well, there were moments.  I remember a triumphant reading of Sylvia Plath's "Lady Lazarus," and suggestion that "eating men like air" sounded a treat.  Clever me.  No one laughed.  College by then I suppose?  Women's studies, was it?  Tough room.)

Indeed, what I don't remember, for a very long time, is yucks.  Poetry could be clever, even witty in a very dry way, and images and symbols and things were always being deployed "playfully," I remember.  I put quotes on that last, though I probably shouldn't, since I do remember it all as a kind of game.  Irony was the touchstone.  To not be ironic was to be "obvious" and that meant banal and or sentimental and or sincere and that, my dears, was death.  Rules of the game.  Very adult.  Smirking was good, smiling was bad, and laughing aloud?  Very immature.

The real irony of course is the academic process by which even nonsense may be so weighted with meaning and context as to be made unfunny.  You can't think "The Jabberwocky" less than a serious indictment of... various things, surely?  Surely you're not so naive as to think a "runcible hat" merely "runcible" or, heaven forbid, an actual "hat"?!

Comedy, in short, like rhyme, was more than a little vulgar, if not plain contemptible.  Serious business, serious literature.  And that's right, I think, for the young.  Being young is terribly serious.  It's the time for arguing out the meaning of everything, for suspicions and secrets and the winkling out of hints.  For the young, there are signs everywhere that need deciphering, all the things we hide from children to be found out.

There was once a very different literature, a lesser literature perhaps, though I would argue with that -- a little.  In the Golden Age of print, back when newspapers were delivered twice a day and were six or more to a city, when magazines came in the mail in multiples and sold on the street for change, there was a demand for what might then have been called copy and what we denizens of the Innerweb call, less evocatively, "content."  Among the most popular and cost-effective ways to fill those otherwise empty columnar inches was -- wait for it! -- poetry!  Popular poets, strange as that phrase will sound to any nowadays but those themselves on the poetry-stroll, put out; sentimental swash, dialect racism, puns, patriotism, jingo and jingles, whatever the punters wanted, penny a word.  Much of the stuff was meant to be funny.  Some of it was.  By barefaced probability, some of it, at least from the nicer magazines like the New Yorker and the Saturday Evening Post, some of it still is.

What even the best of such light verse -- as it was ever known -- was not was respectable, at least intellectually.   From bland Don Blanding on the beach and dear Will Cuppy declining, to the surreal perfection of Don Marquis, most of what the average subscriber read with amusement over his five cent cup o' joe was written by newspapermen who would themselves have laughed off the sobriquet, poet.  Most popular poets, and rightly, were but so many rhymers, poetasters and occasional versifiers.  All a bit demotic, don't you know, all wearing their brows at rakishly low angles.  Even the best of these guys, if they ever did,  never found critical acceptance until long after they'd gone to the archive.

The great magazines made a new world of better cheques and poets with bank balances.  Writers like the supremely urbane Dorothy Parker, the suburban Phyllis McGinley and the Baltimorean Ogden Nash, made not just their names, but a respectable living from verse, at least in part.  (Remembering here that even the greatest of earlier generations, like Milton, had day-jobs, or were one way or another subsidized, patronized and or subscribed, from Dryden and Pope to even Tennyson.  Never was an easy business, verse for bread.)

While there have been one or two who have been posthumously slipped via the coal-chute into the Pantheon, most of the popular poets of yesteryear have gone the way of yesterday's popular, light novelists; down to remainder, death and dust.

It is only now I feel secure enough in middle-aged disregard of the good opinion of my betters that I have discovered the very real pleasures of light verse.  Oh, I was ever a fan of your Lewis Carroll and your Edward Lear and like practitioners of nonsense.  Smart as paint, those old boys.  But only now, when no one would dare contradict the full, snowy dignity of my own white beard did I bring myself to champion publicly so low a comedian as the great Ogden Nash, I'm ashamed to say.  It seems as I get heavier, my taste grows lighter -- mostly.

And much of what I now enjoy, and choose to promote for its own sake at the bookstore, will never be quite the same shelf as Keats or Browning.  No matter.  If much of Phyllis McGinley, say, or Mr. Nash for that matter, dates to the era of Mad Men and shows its age in commuter-clocks, highballs and roller-skate-keys, I'm far enough out from such times and standards myself to find these bourgeois antiquities and shibboleths no more bothersome than Keats' Greek reading-list or Browning's faux-renaissance architecture.  (I'm reading his "Paracelsus" just now.  You know, keeping my hand in.)

Nash can be plain silly; inventing the most groaning rhymes, running lines without a hint of rhythm just to get to the rhyme and so on.  Dear old Phyllis can be unquestioningly provincial.  Even that sophisticate of vitriol, Mrs. Parker can be a bit flowery and maudlin.  I am prepared however to defend the best of my lesser lights against the gloom and forgetfulness.

What the best light verse does is what all the poetry of our childhood once did; it dances.  Not to say a word against the organ tones of Milton, but even when reading poetry, I find, the urge can come on to cut a rug, jitterbug, or a caper, or the crap.  Yes, it's all rather low, but there you go.

It is my intention this year to raise the standard of lower, lighter standards in literature, and to do it in public.  Up the funny!  More on that anon.