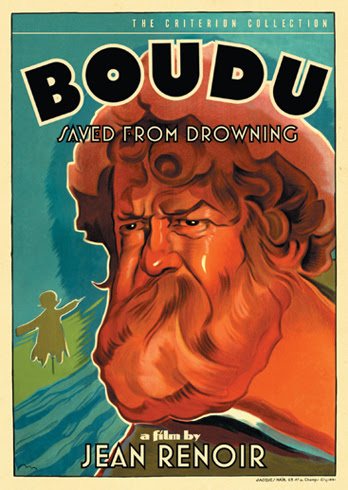 When I finally bought myself a set of the Nonesuch Dickens reissues from Duckworth, it was, in large part, because I wanted finally to see the books whole, to read clean print on pure paper, and to revisit the illustrations as they were meant to be seen. The versions I had read before and the editions I owned already, were invariably either too small or printed from old plates, so that besides the frustration of gray print, if the illustrations were even present, they were murky, dim things, not worthy of the books, and often added in arbitrarily, far from the pages referenced. Maddening, to see a scene before I'd met it in the story, or come across some amusing illustration pages late! Luxuriating in the fine reproductions of the Nonesuch, I could finally see everything in detail, in the proper place and read to the illustrations rather than around them. While the individual volumes are simply too big to be carried easily, they are perfect companions for reading seriously, in good light, in perfect quite.

It can be hard to appreciate the difference made to the experience of reading by fine craftsmanship and publishing, unless and until one has seen the best possible version, not only the most authentic in intention, but the clearest, cleanest and best presented.

Many of the books I love, I read first in shabby used paperbacks, printed badly on rough, yellow paper. They were not the books as they were meant to be read, certainly, but they were the best I could then afford. Many of the old movies I love, I saw first working the house-lights -- still then a matter of levers and switches -- in a revival movie house, back in my college days. The prints were often tatty old things, spliced and respliced dozens of times, so that whole stretches might be missing, with soundtracks out of sync, or the color washed away, or the film so scratched and dirty as to make the compositions muddy or even meaningless. Still, I was seeing these movies on a true screen, but there was little thought then to restorations and preservation, and any old print of Les enfants du paradiswas thought good enough, I suppose. Foreign language films, many of which I was then seeing for the very first time, suffered specially, from unreadable subtitles that disappeared in the light, or flew by unreadably in fast scenes. Even then, I could see that these movies had suffered, however dazzled I still was. When the video revolution came, I was able to see even more, but again, most transfers to video in those early days were made from the same miserable prints that had circulated for years through the revival houses.

One of the great joys of my leisure hours now is being able to see so many beautiful prints of classic films broadcast on Turner Classic Movies, and seeing these films when I choose, thanks to the recording option on my cable service. And so I have seen again, for the first time in years, a wonderful film from my favorite filmmaker, the glorious Jean Renoir. Boudu sauvé des eaux or Boudu Saved From Drowning (1932) is a delightful movie, but just how delightful can finally again be appreciated in the handsomely made Criterion edition, and as shown recently on TCM. The story may be familiar to moviegoers of roughly my age, from the Paul Mazursky's 1986 remake, Down & Out in Beverly Hills, an entertaining comedy, and it is no real criticism of that film to suggest that, for all of it's Hollywood stars and superior production values, it is a crude thing when considered in light of Renoir's original. Mazursky is a good comedy writer and director. Renoir was perhaps the greatest artist in cinema.

Boudu is a bum. When his dog disappears in a Paris park, Boudu jumps into the Seine to commit suicide. He is rescued by a good natured, bourgeois bookseller, who brings him home, much like a stray dog, and restores him, in the process, trying to tame Boudu, an effort which ultimately, and hilariously fails miserably.

The American Mazursky uses this simple farce to lampoon the Beverly Hills arriviste, with their vulgar materialism, new age affectations and sexual dysfunction. His Boudu, called "Jerry Baskin" and played brilliantly by Nick Nolte, is transformed into a kind of guru-savant; all zen detachment and rude masculinity, a sexual healer and unwitting savage philosopher. It is all brightly acid, topical and broad -- seeing it again a year or two ago, it already seemed rather hopelessly dated.

Renoir adapted the original stage farce for his friend, the great stage and film comedian, Michel Simon. Renoir wrote, in his memoir, Ma vie et mes films, (My Life and Films), "The role of this incorrigible tramp seemed to have been invented for this genius of an actor." Renoir's & Simon's Boudu is a monstrous, yet lovable animal, himself a great shaggy dog. It is wonderfully weird performance: Simon's incredibly expressive face, even under big dripping whiskers, his barking voice, his dog-like exuberance and masterfully choreographed, clumsy violence, are unlike anything to be seen elsewhere in film. Renoir clearly exalts in Simon's clowning, allowing him long sequences of pure silly destruction, as when, told he must shine his new shoes before he goes out, Boudu petulantly scoops the polish out of the can, smears it on with his hand, then wrecks first the kitchen, and then the master bedroom, trying to wipe the stuff off. Boudu's transformation into a respectable citizen, and even a bridegroom, is shown to be entirely superficial. In the end, like a comedic version of one of Doctor Moreau's beast-men, Boudu reverts, happily, to his true nature. It is an entirely true performance, without explanation or excuse: Boudu is Boudu. True, he is a victim of all manner of indignity and distrust when we meet him forlornly trying to find his dog in the park. He is ignored and isolated and a sad figure, but he is also insolent, ungrateful and strangely, doggedly, independent. Even his suicide would seem to be entirely his own affair, until he is unwillingly rescued. The attempt at domestication, though obviously well intentioned, ultimately has little more affect on him than the neglect he knew before. He is affectionate, but unbroken. Let off the leash, he runs.

But it is not just in the innocent animal pleasure of Simon's Boudu, and Renoir's delight in the letting him loose, that Renoir shows his superiority to the directors that took this story up after him. Renoir is the great humanist of film. For all his artistry as a technician and his affection for landscape and city streets and the eye for light and composition inherited from his great father, Jean Renoir's art is always peopled. It is into the human face he looks most deeply and where he finds the greatest pleasure and mystery. In his Boudu Saved From Drowning, as in every film he made from his first ventures in the silent era to his last experiments in television, Renoir allows for, indeed relishes every opportunity for humanity to complicate his stories, crowd his frame with activity, deepen, and even confuse his narrative. Human beings are fascinating, complex, forgivable creatures in Renoir's art. (Think only of his greatest films, Grand Illusion ((La Grande Illusion)), where war and the world of men is reduced, and elevated into a story not of airplanes and guns and the movement of great armies, but of individual soldiers, from both sides of WWI, or The Rules of the Game ((La Règle du Jeu)), a stinging satire of French Society between the Wars, where even the harshest characterizations are allowed a forgiving grace and vulnerability, a silliness and ineffectuality that remind us of our common inadequacy, arrogance, snobbishness, stupidity. Renoir, when he appears as an actor in this, remember, chooses to play a sweet, impotent fool.)

In Renoir's film, Boudu's rescuer is a stout, middle aged bookseller, a good, kind soul, operating from the best of motives. True, he is sleeping with the pretty little housekeeper, seducing her with the most awful romantic nonsense, dazzling her with ridiculous paeans to her youth and beauty, when she's actually a rather common place little thing. But then, look at the girl. She's not just some silly drudge. She's a spirited girl, and sexy, in her way, and aware of her power, first over her employer, and then even over poor, monstrous Boudu.

Renoir's film has it's satiric edge. This is not just a idle. There are, for instance, the volunteer rescuers of the neighborhood, who wish they had saved Boudu, until he is saved, and someone must see to him. (It is an interesting side-note in the history of film at this period, that among the neighbors, the chubby flutist seen practicing all night at his open window, provides the light score of the film, perhaps, in these early days of sound, to show where that music is coming from.) And the good bookseller, seen early on slipping a poor young poet the copy of Voltaire he wants, and even giving him another book, also without being paid, nervously asks the kid not to let the mistress of the house see him leave with these. That's charming, but this same man is still very much seen as incapable of thinking outside his class: in dressing the rescued and wet Boudu in his own old clothes and slippers, he is shocked when Boudu refuses the offer of a tie. (Boudu doesn't even quite understand what on earth the man's talking about, let alone want such a thing -- his first collar?)

In every beautiful frame of this movie, restored to it's proper shape and pictorial sense, as well as newly captioned, Renoir's genius for the seemingly casual, almost unassuming joy in the frailties of his fellow men now shines all the brighter for being made clear again, and Renoir's equally obvious pleasure in all the technical possibilities of film -- in his appreciation for sound, on the street or coming through an open window, in the slow progress of his camera through the apartment, moving from the family together, down the hall and then up to a window to see into the opposite window where the little maid is washing up, -- can again be properly appreciated in this wonderful print.