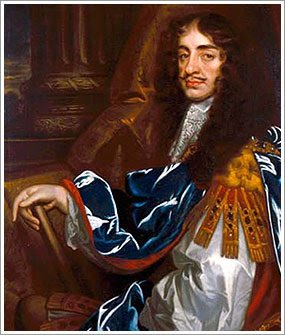 When I am at loose ends in my reading, when no deadline looms, and nothing unfinished requires taking up again, just now, my tendency is to treat my leisure as a task, to make for myself some job of work or study that is owed no one, productive of nothing and which serves no end but my own absorption. I do not mean to do this. Whenever I might read anything, I want to read everything, and so take up books by the half dozen and read a half dozen different things in each; an introduction I'd skipped, a chapter that seems to promise more than the first, all the mentions of a favorite subject in the biography of some other person, an essay or story the title of which intrigues me more than the book from which I select it. In short, I read everything and nothing and settle not at all on a book. This can go on for days, if not weeks at a time and the experience, while always exhilarating to start, quickly degenerates into something like despair of ever again being satisfied by a book. (I've always imagined that this would be just how I should feel at an orgy -- had I ever had an invitation. There's a kind of consolation in the thought.) Sooner or later though, from the heaped up piles of new books and old books, books begun but never finished and books anticipated, purchased and then never read, a book will suggest others of like interest and a chance to attach one interest to another, and to supplement the reading of, say, a new biography with an old novel, or a diary, or the whole poetry of a person or period. Because of the wonder of the Internet, I can even add media other than books to what by now has become a project for me, and that lends a variety to my reading that would not have been possible even so little as a decade ago.

Jenny Uglow is in that select category of writers from whom I will take gladly whatever if offered. On my shelves there are perhaps as few as a dozen living writers of whom this is true. John McPhee has led me to such unlikely subjects as trucking, and tennis, and even oranges, and has certainly caused me to read a great deal more about dirt than about which I had ever assumed the least curiosity. William Lee Miller, the great American scholar, as well as making me read his books about American religion, politics and ethics, has also made me break my vow to never again read another book about Lincoln, and not one book of his on the subject, but two!! (Dickens, of course, and Samuel Johnson, not unlike Lincoln, have proved inexhaustible to me, not only of themselves, but as subjects for biographers, critics and commentators, but this, given my admiration of and curiosity about anything and everything to do with those men, is more a matter of course in my reading, and finally accepted as such, but not not my subject tonight.) Jenny Uglow, first met by me as the definitive biographer of Mrs. Gaskell and of Hogarth, has led me on to read a short history of English gardens (!) and a book about early science, among her other subjects. Uglow is an amazingly good historian, a very thorough biographer, and, what is equally if not more important to me, an excellent narrator at any length; she never bores, no matter how detailed her account, and she never stints, no matter how brief. She is always clear in her purpose, be it to simply tell a life, explore a less known corner of history, or restore a reputation otherwise left to the neglect of juiceless, academic mastication. Jenny Uglow is always a pleasure to read, whatever her subject; a favorite of mine or not, familiar or unknown to me.

Now she has taken up, in her latest book, A Gambling Man, Charles II, the best of the Stuarts -- a very slight distinction, it must be said. Never in the whole history of the English and the Scots, was there a royal family of better parts, fewer accomplishments, and less wisdom than that disgraceful run of murderers, martyrs, stiffs and schemers. Therein, in that contradiction between intelligence and blundering stupidity, loyalty to principle and unscrupulous betrayals, between splendor and venality, I suppose, lies at least some explanation for the undying interest in the clan. If the Tudors were the last brilliant and brutal masters of their kingdoms and the German Georges the first truly constitutional monarchs, and all bores to a man, it falls to the Stuarts then to lend their name to one of the most interesting transitions in English history. Whatever they were or were not as individuals -- and collectively, let me just say again, they were not up to much, -- theirs were distinctly exciting, active and interesting times. It may be a mistake to credit kings, with a few exceptions, with too much interest of themselves, and never more so then when faced, as in the lifetime of Charles II with religious wars, revolutions, plagues, the court of France, and The Great Fire of London, but deserving or not, Jenny Uglow has given me a project and set me reading.

(I should, I suppose, explain briefly that my prejudice against kings, good and bad, is, I suspect both ancestral as an American, and against this particular crew probably formed as much by my reading of Macaulay's history as by any previous or subsequent reading of English history I've done. I know Macaulay's version of events has been dismissed by modern scholars as so blatantly one sided in favor of William of Orange and "The Glorious Revolution" of the Whigs as to render his portrayal of all the Stuarts as unreliable at best, but I've remained convinced, despite everything else I've read, that it is the great genius of Macaulay as a writer to mark indelibly for his readers every character in his history with some succinct description, so perfectly phrased, so apt and often devastating, as to make the possibly more considered opinion of almost any subsequent historian forgettable. Whatever Charles II might have actually been, and Uglow, again, shows me he was more than Macaulay made of him, I can not but keep always in my mind Macaulay's brief and brilliant description in his "Character of Charles II." I am tempted to quote it at length, as it is, I think, among the masterpieces of invective the English language, but as I haven't space here to do it justice, let just offer a couple of favorite lines, just to suggest the flavor of the whole:

"His contempt of flattery has been highly commended, but it seems, when viewed in connection with the rest of his character, to deserve no commendation. It is possible to be below flattery as well as above it."

This may not be fair, but it is impossible to forget.)

Some time ago, I mentioned my purchase of a very pretty old set of Pepys. I wandered through familiar pages, on and off for weeks after that purchase. Uglow's book has set me to reading my Pepys again, and more systematically than before. Pepys is a witness as much as a man of interest of himself, and every time Uglow quotes him, I scurry off to my set and read until events have overtaken the times and I must get back to Uglow's book, or lose my place. It is a wonderful way to read Pepys! with a good contemporary scholar at my elbow, telling me what he did not see, could not have known, or might not have suspected. And having Pepys at his own length to speak to his own times makes everything I'm reading in Uglow's biography richer for being the reality Pepys recorded in his diaries.

In addition to Pepys, I've found myself finally reading a bit of the other great diarist of the day, by no means Pepys equal in honesty and seemingly devoid of Pepys' humanity and humor, but a better witness in some sense to the events of the day for being nearer to the men who made them, John Evelyn. Like Saint Simon, Evelyn makes me impatient with his unquestioning belief in the superiority of clearly inferior, often perfectly vile people who, by reason of their "birth," and his tiresome snobbishness, he can not help but find, if not admirable, at least more interesting than I ever could. But Evelyn was there. That counts for a great deal, reading history. And so, again, at every mention or quote from Uglow, I turn to read more from her sources.

Then there is sexy Rufus Sewell. On a whim one night, setting Uglow's biography aside, I typed Charles II into Youtube and discovered a BBC miniseries I'd never seen, with the delicious Mr. Sewell playing the king, and I stayed up half the night to watch the whole show, in ten minute snatches. It was wonderful seeing Sewell in satins and silks, sliding out of the bed of one mistress and into the bed of the next, sweating at a tennis game and then having a tearful moment at the bedside of his recently miscarried and deluded wife. Throughout of course, it was all a grand show, but I only watched it all because, like the character he was playing, Sewell has such charm as to make it impossible to look away, even when he is being awful.

And that is something Uglow's biography is making me understand better than I might ever otherwise have appreciated; the great power of charm to work even as reverence and respect are lost, how the force of personality and the appearance of ease and power can come to substitute for reality. I begin to suspect, though I have not been able to finish her book yet for all the other directions into which it has sent my reading, that the real game played by her Gambling Man, Charles II, was one in which, whatever the actual stakes, he played, and won, by a bluff. That makes her subject more interesting than I had credited him as being, and even strangely likable in a way, as a man always at risk of losing everything and yet always somehow just managing to survive the next hand, and the next, and the next... No less a rascal than I already thought him, and no more admirable than the rest of his kind, Uglow's Charles II is at least understandable, and even vulnerable, and if never the man to really match his times, not quite the villain I imagined him to be. Less, then, than he ought to have been, but more than Macaulay made of him.

What else could I ask of a writer than this? That she should make me want to know more?

And now, I think I'll try to find that quote from Pepys about the Duchess of Cleveland...
Posted by usedbuyer 2.0 at 1:33 AM