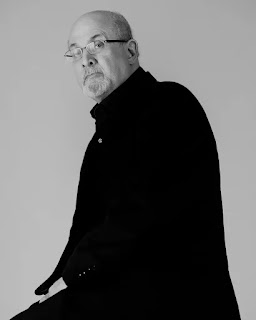 "Man is the Storytelling Animal" -- Salman Rushdie, from Luka and the Fire of Life

A seventy-five year old man is attacked, beaten and stabbed by a twenty-four year old man from New Jersey. Even now, just a day later, there is a narrative being shaped by people other than either of these men. One is in the hospital on a ventilator and can't speak. The other is in police custody and presumably being advised by an attorney not to. For now, this is news and that means almost any detail is part of the story in a way that may or may not matter much later on. Does the fact that the assailant is from Fairview, New Jersey matter? Well, it's something. That's how news works. A fact is a fact to be reported. As I write, Salman Rushdie is alive. That matters.

The way we tell this story will matter. How we tell stories, particularly stories that are not our own, discloses why we are telling them. Frankly I am not much interested in the story of the young man with a knife. I have read his story before, too often. Maybe I'm wrong and this time his story will matter in ways I cannot foresee. As of now, he is in my mind just that legalistic necessity, "the alleged assailant." It will be some time before the modifier is removed. The noun may change. Motives are already being assigned and assumptions are being made. Can't be helped. Most of us are not lawyers so we are free for now to dismiss the presumption of innocence, at least in the story we are already telling ourselves and each other about what has happened, what this young man presumably did. (It won't be easy to remember that presumption when we may need it again. Never is. Why they had to make it part of the Law.) All I can say at this point is that he is not the point of the story I am following. He seems so young! Then I remember, "Children are the vessels into which adults pour their poison." He is obviously the reason this is a story, but beyond that he is for me just a locus of anger, the point that shapes and warps the story that matters to me, the life with which I am personally concerned, even though I am not part of it. It is the author of books I am thinking of, an artist whose work and life matter to me and about whom I am worried in a way I frankly thought I need not be by now.

I describe the man who has been assaulted as an author, an artist, because that is how I know him, why I love him; because I love his books, if not all of them equally. We all make favorites. I might just as easily call him an important public intellectual, a thinker, an activist in the cause of freedom of speech, an advocate for the displaced and the exile, a champion of the victims of intolerance, ignorance, violence, religion. Heroes tend to be personal, however publicly they perform. We adopt them as our own. We think that they belong to us -- though obviously this is not true. Even if it is, it is usually no fault of theirs. They just do what they do and get on with their lives. We make them into the stories we need. In this case, this man has written stories I needed, wonderful, funny, important stories for which I am grateful. He didn't choose to become the story we all know even if we may never have read a word he's written. He's told his own story too -- and made a great book of it -- which is the best proof of why this new story is so important to me; I need him to tell me more, to tell me this. I fervently, selfishly  hope he will.

"Literature is where I go to explore the highest and lowest places in human society and in the human spirit, where I hope to find not absolute truth but the truth of the tale, of the imagination of the heart."

In an interview he has described himself as, "a wholly secular person." I am with him there. At fifteen, like many of us -- not altogether coincidently like me -- he found he had no need of religion. A more profound conclusion on his part, at least in its effect and consequences. Like most of us, he has retained the use of the metaphor and may still talk about God and even capitalize the "G" the way one does, but from well before he first wrote the novels that have made him justly famous, he was already at odds with much of what Carl Sagan called, "the demon-haunted world." As I see it, this put him firmly on the side of the angels. (See? Can't be helped. Not like we've gone to live on another planet and forgotten from whence we came. Quite the opposite really. We are if anything all the more committed to the place we actually are and just as curious as to how we got here and what we are meant to do while we are.) This fact does not define the man as an artist. If it did he'd just be another Richard Dawkins, bless 'im, and we already have one of those. Atheism isn't what drew me to Salman Rushdie. It was art, and India, pickles and Bombay then Mumbai and Kashmir and comedy. He is the greatest living comic novelist in English. You may disagree. You will probably not persuade me otherwise. For me he is the direct descendent of Henry Fielding, and Tobias Smollett, of Dickens and Thackeray, of R. K. Narayan, he is a son of Vanity Fair and Mulgudi, an important New Yorker and one of the only people whose company I might want in LA. It is for all these reasons, and those books that I love him.

“The only people who see the whole picture,' he murmured, 'are the ones who step out of the frame.”     -- from The Ground Beneath Her Feet

What has happened to him is not the consequence of what he has written. "The responsibility for violence lies with those who perpetrate it." Just so. This story, his story is rife with villains not of his creation. (Anyone reading his books will recognize that he hasn't much patience for either villainy or characters without dimension, appetites, doubts, humanity.) It is important at this moment to remember that the only violence this man has ever done has been to the assumptions of narrow minds and cruel men. Other than his physical bravery in participating publicly in the world, his only heroics have been performed with words. “A poet's work . . . is to name the unnamable, to point at frauds, to take sides, start arguments, shape the world and stop it from going to sleep.” That's from the one book of his of which most people have heard but too few people have read, by the way. Those are brave words because he said them aloud as it were, but he is brave in saying them because they are true and the truth is dangerous in a world still ruled by superstition and the men who use the name of God as a scourge and a bludgeon.

The violence yesterday was done to a man. It was presumably also aimed at his ideas, at the very concept of having ideas of one's own. It is still shocking to me that it happened here, in the United States, and at "the Chautauqua." If you don't know the significance of that name, it is a place that has hosted some of the greatest voices in the American experience; iconoclasts, atheists, preachers, writers, politicians, saints, and cranks. Audiences gathered there to hear the likes of Mark Twain, Robert G. Ingersoll, and Jane Addams. The place matters because the history matters, and because the idea of it matters more. It is a site sacred to our secular tradition. Few places in America better represent who we are and what we hope to be. That young man with the knife may not have known any of this, but then madness and fanaticism don't much concern themselves with history, facts, or tradition. Hate requires excuses, not reasons. The knife may be sharp, but hate is a blunt weapon. We need to remember not just what has happened and where, but why Rushdie was there. He was there to talk about asylum and exile, about finding sanctuary. Irony is beyond the scope of bigots, assassins, and fools.

I will hope if not for a happy ending as that does not now seem possible then at least that Salman Rushdie lives. Again, this hope is a selfish one. It is what I want for him, and his family, and for his readers, and for us all. How this story goes on is of course not up to me. I only know that whatever happens, this story will not end. Salman Rushdie taught me that. Stories, our stories do not end unless we forget them. No one will forget the stories Salman Rushdie has already told. No one. Let this not be the last we remember. "The world, somebody wrote, is the place we prove real by dying in it."

Not yet, poet, please. Not yet. Let me stay in the story you are telling. I am listening.