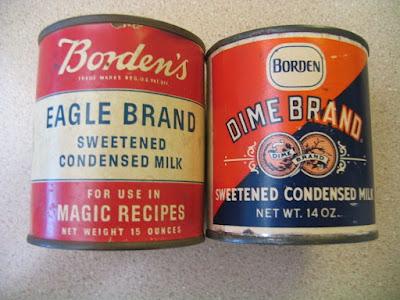 We've all seen them on those sad, sagging shelves at the very back of every thrift store: the disreputable, stoutly bound, untouched volumes of The Reader's Digest Condensed Books. My Grandmother was an enthusiast. Her generation of country women came to The Reader's Digest Magazine as to safe water in the desert. If there was a public library in her childhood, it was miles away and not always welcoming to folks from outside of town. Before marriage, her mother taught briefly in a one room schoolhouse, so Grandma Craft grew up with books beyond The Holy Bible, but books were expensive and few on a farm at the turn of the last century. Only so many times to reread John Bunyon and Wesley's sermons. Imagine the urbanity of reading articles taken from all the great magazines and newspapers of the day, condensed and edited for a conservative, largely rural population unused to subscriptions and news-stands. More, the monthly brought short, serviceable versions of new books and the occasional classic. In 1950 came the bound, then quarterly volumes of actual (sometimes much amended) books, each containing four, five, or even six new novels, autobiographies, histories! My Grandma read them end to end.

A quick review of titles from the fifties and sixties tells a fairly predictable tale of long-forgotten popular fiction of the day -- and rest to the forgotten shades of Ernest K. Gann, Victoria Holt, and Taylor Caldwell -- but there are surprising selections as well such as Lampedusa's The Leopard and To Kill a Mockingbird in the same volume (summer, 1960.) By my own rise to adult readership in the mid 1970s there were the expected Micheners and Crichtons and Catherine Cooksons -- one of Grandma's favorites -- and curiously fewer titles than in previous decades likely to survive. Slimmer pickings no doubt among the bestsellers of the day when it came to the essential modesty of language and subject matter. (How does one subtract the sex from Updike or Erica Jong?) By the 1980s the whole enterprise seems to have declined into an extension of the overtly niche Christian market with only an occasional Ken Follett or a Nelson DeMille here and there to suggest so much as hint of contemporary popularity. The Reader's Digest Condensed Books have never had much of a resale market. By the 1990s any reader under eighty and outside of an Ohio Church of Christ would probably be stumped by all of the names in the table of contents.

Whoever hit upon that word "condensed" was something of a genius, though. Beyond the evocation of sweetened condensed milk; fudge, cookies, and cakes, there is the still reliable example of the farmer's almanac and the church album, the scholarly abstract and 18th century weekly reviews. Americans love concentrates and headlines, Tang, tablets, Tik Toks and soundbites. Just the highlights. Bullet-points, please. That other word "abridged," hasn't the same snappy associations. To abridge hints at interventions, the denial of rights, librarian's scissors.

The blessed Helene Hanff described an abridged edition of Pepys as "having the schoolroom smell of Lamb's Tales from Shakespeare." Good line, though not entirely fair to Charles and Mary Lamb as they were after all writing for children, not brevity. And so it is with modern abridgement for most of us; first encountered unaware in childhood, not much troubled by it thereafter. It would seem abridgement has largely had it's day, though a case could be made that adaptation to other media now serves something of the same purpose. The old joke was, "I'll wait for the movie."  Now it could be an interactive video game. Ironically, it could also be an epic television adaptation that will take years longer to produce and to watch than the time required to read any of the original books. (And if you really want a cold, sharp shock of great art reduced to a punchline, try any of the classics reimagined as board books, those familiar babies' toys in stiff cardboard and bright colors. It was a vogue there for a minute. Somehow I feel safe in assuming Pride and Prejudice in twenty words or less is meant to amuse mother, and not to actually set baby on the path to Pemberly. Well, we were not amused.) Yet abridgement persists.

Pick up any number of otherwise perfectly respectable looking paperbacks from among the classics of western literature and beware of the often very small print which may mention, almost in passing as it were that the book in your hand is not in fact Wuthering Heights as Bronte wrote it, nor is that Boswell's Life of Johnson, but an abridgement. Old or new, who knows who decided to do this pruning? The editor is not always acknowledged. Worse in every way was the edition of Hazlett's essays issued by the venerable Oxford University Press a few years back. The academic in charge took it upon himself to not just select but to actually abbreviate the author's most famous essays, including The Fight, one of the most celebrated short works in the English language. Too... what? Wordy? Evidently modern readers prefer ellipses to perfectly measured prose. (!)

Only in middle age did I realize that many old friends as remembered from childhood, including The Three Musketeers and The Count of Monte Cristo, and even Stevenson's Treasure Island were not cockerels but capons when I read them first. As a child of ten or twelve, I don't know that reading these books in that way did me a bit of harm, though it's just as true that I was spared nothing but another happy hour or two in the company of d'Artagnan and Long John and that denial I have come to resent.

Dr. Thomas Bowdler and his sister Henrietta Maria spent a busy few years between them literally kicking the shit out of Shakespeare. Their Family Shakespeare, cleaned out all the sex, filth, and joy from all thirty six plays. It was published in 1818. (It seems poor Ophelia for instance may have simply slipped in the bath.) Theirs proved an enormously popular edition and for a sadly long time. Before his not untimely death, the doctor also took his scissors to that unsightly long work by Edward Gibbon, making The Decline and Fall of the Roman Empire finally fit reading for Anglican virgins. His most lasting contribution to literature and the language was the word "bowdlerize," meaning to diminish by excision and adulteration, which word entered the dictionary not a dozen years after the doctor's death, so... people knew, even then. To bowdlerize is bad.

So with much that's been done to Dumas in translation and abridgement. No one from Bowdler to The Reader's Digest ever did the one thing for which every kid once wished and kept just the fun stuff like cussing, fighting, blood, and sex. Inherent in the undertaking of abridgement are I should think two assumptions, the first being that many works are just too damned long. With this I can disagree only case by case. I've certainly found myself more than once lost in a Hardy landscape with no clear way out. Still, I knew where I was headed when I went in so that was certainly no fault of the man from Wessex. The second assumption, as to what might best come out in abbreviation, well there's the trouble. The impetus is always antagonistic not just to the author's perceived excesses but also to the laxity of the author's morality. The person who abridges is concerned not just with the reader's comfort but also overly careful of the reader's character. Not to give anything away, but in the abridgement,  d'Artagnen was made a much better boy. Other than Sunday School teachers, who wants that in a musketeer?! Nobody wants that, that's who. Pardieu! This doesn't just simplify the narrative, it oversimplifies the man. For The Count of Monte Cristo, it is much worse.

Edmond Dantes is an admirable lad, but the Count of Monte Cristo? In a full translation and unabridged edition the Count of Monte Cristo is one scary bastard. Until I read Robin Buss' translation I had no idea. Seriously. Never mind the hashish, the statuesque Amazon, the slaves. Honey, the Count is compared more than once to a vampire and smiles at a public execution so gruesome it nearly makes his friend faint. And the way he talks! If one didn't know better the modern reader might well describe him as a psychopath and or a lecturer at the Hoover Institute. It's terrifying, and meant to be. (His actual character I will leave to the patient reader to discover.) It is only in an unrestrained Dumas that the scope of the Count's vengeance, and the ruthlessness of his means give the ending the weight and meaning it deserves. This is not just a good man punishing bad people, friends. This is an admittedly long and very detailed examination of moral consequences. It's only abridged that this is in any way a story appropriate to children. As I think I've said, that's fine, but it's not Dumas.

Of all the great Romantics, of all the 19th century French novelists, Dumas suffers most from his popularity. I am convinced now that this in large part, at least in English has everything to do with fairly ruthless, consistent, and prudish abridgement. Yes, he told marvelous stories. He was also a serious writer. You won't know that unless you read him straight. No offense to the memory of Grandma, but sometimes half a loaf simply isn't better than none.