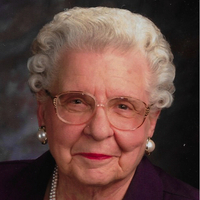 She is the reason I can write more than my name. If that seems both too much and too strange to be entirely convincing, I understand. She might well have challenged the sentence, and the sentiment herself. The woman was not one for rhetorical flourishes or fanciness generally. Sense, that was her singular goal and from that should come everything else: meaning, purpose, expression, emotion, possibly even art -- however doubtful that outcome must have seemed considering the raw materials with which she had to work for forty years, like me, for example.

Her name was Miss Joan Stuck and she died recently. (I don't think she would have approved of saying she'd "passed." She would have acknowledged the social convention, but she disliked euphemisms. Imprecision even in the service of social convention, while understandable, ultimately does none of us any real good. She died at the good age of 91. That's a simple sentence.) She was my ninth grade English composition teacher. I will never forget her. I would like to be able to say that I've never forgotten all she taught me, but that can't be true. I'd be hard pressed just now to describe all the syntactic functions (adjunct?), but I remember that phrase at least.

I learned this morning from her obituary that she retired not long after I graduated. I do not mean to suggest that the two events are related. She'd been a school teacher by then for decades. She taught in the place she was born and where she herself went to high school and to college. Imagine that. Her mother was a school teacher. They looked just alike, according to my mother. When back home in later years, I would occasionally see Miss Stuck on Broad Street, or meet her by chance at County Market. Often as not she was still wearing the same sensible cape and vaguely Tyrolean hat I remembered, a pheasant feather tucked in the band. I see in the picture featured in her obituary that her hair though long since gone white as snow was otherwise unchanged. (She might have forgiven me the cliche, but not I think the personal familiarity. Apologies to her shade.)

On the board in her classroom there was always a quotation. These changed regularly, though I suspect their sources and the schedule on which they were added to the chalkboard did not. I learned years later that one of the first duties of her many student-teachers was to recopy the index cards from which she ostensibly taught, though I do not remember her ever making reference to these when she taught, and I doubt her lessons changed from year to year. Of the quotations she put up I can remember none, though I do remember writing down more than a few and in so doing managing to misspell both Emerson and Carlyle despite the uniform clarity of her hand. I know that I misspelled their names because, first it is a safe assumption that I misspelled most things even as late as my freshman year in high school and second, because I remember I later had trouble finding either gentleman's books in the school library.

"Be an opener of doors for such as come after thee," said Emerson.

Miss Stuck was not the sort of teacher one might call a friend. I was blessed with a few of those; kind souls who kept me alive, who comforted and counseled me, who opened my eyes and ears to art and philosophy and life. To them I hope I have expressed my gratitude already and elsewhere. Miss Stuck was of a different school, as it were. There was little of the maternal in her nature, at least as exhibited in her rather cold classroom. She was older than most of my teachers, of an earlier and more formal generation and not one for informality or nonsense. She was not, I should think entirely popular, or better say she saw no reason to cultivate popularity. She was there to do a job, do it well, and to some extent, Devil take the hindmost. Not the stuff of annual Christmas cards and Valentines. To be fair -- another of her absolutes -- she was invariably kind, specially when met in later life, and always eager to hear from former pupils what they may have done since. She must have grown used to disappointment there, though she would never have said so if so. (That sentence smacks of showing off, of which she did not approve, though I remember her smile when she quite rightly called me on just that, more than once.)

She taught me what a sentence was; it's parts and how it worked. She taught me that above all else and despite the thickness of my skull and my ignorance of my own language. She taught me that in the structure was the purpose. She taught me that the intention, my intention meant nothing unless it was expressed in the best selection and order of the words. From her I finally learned why paragraphs happen and why they end (properly) when and where they do. She taught me that an essay was not a task but an attempt. She made me write, and write as well as I might because even I might have something to say. She made a revelation out of rules and rote and work. How hard a thing that must have been to do!

I will not say I was altogether ignorant of grammar and the like when I met her. I'd been instructed in much of this before I came to her class, how could I not have been, even in a place like Grove City? So what then was so different in what she did from what had been done in all the classrooms through which I had already passed? That is a question I cannot satisfactorily answer even now. Perhaps it was simply time I leaned something that would really matter to me thereafter. I was already a reader. Perhaps she gave me the tools to do more and somehow convinced me at last that I might. Others had told me I was clever. Other teachers had encouraged me to write and praised what I'd written. Of praise she was sparing so maybe it meant more. All I can say is that somehow, from that unchanging lesson-plan on those unalterable index cards, she managed to open my eyes to the workings of something I assumed I either already knew or otherwise had no right to. She taught me what I owed to the words I used and to the language that might make of me something more than what I was without it.

For four decades then she went to work with an enviable optimism that into even the hardest heads she might pound a little sense. How did she not despair of the task?! I think she was confident of the soundness of what she taught. That may not be so easy nowadays, for good and bad. Teachers now, as I understand it, learn more of theory and methods and perhaps less of grammatical rules and the benefit of offering "Thought of the Day" quotations from great, white, dead men. I can't now imagine what might be involved in telling a student to memorize "The quality of mercy" and be prepared to recite it by the end of the week.  In many if not most ways the why of what she taught must by now be nearly as old fashioned as the what and how. There are those I do not doubt who benefited little or at least less than I did from her class. Certainly there was even then reason to question some of what she did and what she believed she was doing. I am glad she never did, or that if she did, she nevertheless still saw the sense in it.

Life requires change. A good life also requires that which does not. It is good to know that we are loved and to be told so. It is a joy to read and to own books better than we've any right to by income and formal education. There are things that it is simply good to know and things without which we could not learn anything new. I said that if I can now write anything more than my name that I owe this to Miss Stuck. I meant it. What she taught me has proved to be the means of every thought and sentiment I have expressed since and if I am not yet the writer she would have had me be, it is no fault of hers.

I wish her rest well earned and send after her my love, and no apologies for the noun. It is not, as she might have thought it, too strong.