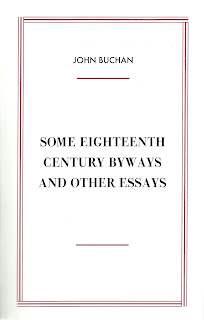 I've probably mentioned this before, but should I predecease the husband, my beloved A., before he packs up and flies off to a small condo in San Francisco -- and yes, that would happen just that quick -- he will be faced with a whole lot o' books he will need to be shed of. Now when we've speculated about such a tragedy as the end of me, dear A. has often loyally insisted that he would want to keep all my books about him, the sentimental old thing, so as to keep my ghost about the place and happy. How very sweet. I'd be genuinely touched, had the man not also confessed in nearly the same breath his desire, should he be the one new clad in weeds and jet beads, to wing it back, straightaway to what is still our favorite city, where, presumably he could finally afford to live again, alone on his government pension, in a modest studio and play the merry (black in the best sense) widow. (Being ruthlessly realistic, and because, as yet, I will get not a dime from his pension, should the old man croak before me, leaving me with a mortgage, it seems likely that I on the other hand will not have quite so many romantic options. Reduced to just my comically adolescent wages as a bookseller, I most likely will be forced to either take in boarders -- think cats, pitbulls and or a meth-lab in the garage -- or, me and the library will be the death of each other in some damp, airless flat in the U District, where my mummified remains will be discovered trapped under my sets of Dumas, Balzac and Dickens, a la a more literate variation on the Collyer Brothers. Thus my time in the middle class may someday come down to a dusty dream and death. Sigh. That is, unless by some cruel but convenient stroke of Fate, my beloved work-wife. Ms. T. happens -- Gods' forbid -- to be widowed in the same window of opportunity, in which case she and I plan to repair with various surviving pets and or books to some charming pied-à-terre in Spanish Harlem we plan to wheedle out of some as yet un-named, equally elderly admirer -- hers or mine or both -- while workin' the mean streets of The Big City. Don't laugh, ya bastards, it could still happen. We got moves. Well, she has. I still got... personality? We'll work it out.)

While one doesn't like to think of leaving the love of one's life behind, and with nothing but memories, debt and a devalued hatchback economy car, that would be pretty much the sorry state of my estate should I go first. All that, and, as I've said, thousands of books. Now my beloved A., through the years, has been generous about buying me some wonderful and much coveted volumes. Because of his kindness, and that of a special friend with excellent taste, I do own a few very nice, and even valuable things. The husband knows, in a fire, say, to save the first edition Beerbohms, and a signed Edward Gorey or two before he even thinks of dragging me from the flames. That said, I am trying to imagine just now what might be made of my library as of tonight by the dealer come, post-mortem me, to value and or buy the lot. I am afraid, dear readers, said dealer, and my better half may be in for a shock.

There is a former employer of mine, and maybe one or two other likewise reputable used dealers of my acquaintance, who might, with sad hearts, back up a pickup-truck to the house of mourning. I've been at this a long time now, the buying, selling and piling up of books. I don't say the trip would not be worth said dealers' time. I got some good, clean, salable stock, may I just say. So while a house-call here would not be unprofitable for my survivors, I confess, my library valued as-is, will sadly not prove to be all that and a bag o' chips. Forewarned.

The thing is, there have be depredations. No lie. Some of the things I bought through the years have gone up in the estimation of the collectors. There have been, and still are, some signed modern firsts. There are, here and there, a few fine bindings. There are even some genuinely rare, if hardly much sought after titles. There has also been some house-cleanings, not to look at the joint, I admit, but honestly, I've moved a lot of books back into circulation.

In part, this has been the natural evolution of my reading; good and even great books I've no longer felt the need of have gone, and been replaced, I admit, with... other stuff. But there have also been occasions, and more often than I like to admit, when some pretty nice books have had to go, go, go, just to pay the hateful bills. How else, on what I make -- an honest wage, for which I am grateful, but still -- to pay for new tires? My ever more substantial "deductible" when I've been hospitalized for the dizzies? The freakin' cable bill? You know, the ugly business of living, as loyal and thoughtless American consumer? And so, goodbye fine bindings and rare firsts, to say nothing here of those copies of Bruce Weber's Bear Pond I had the rare foresight to buy in bulk, and nearly at cost, and then kissed goodbye, one by one, on Ebay.

I fear, should the day inevitable come, one way or another, when I or my heirs must face liquidating the remainder, there's going to be... a lot of remainders, baby.

One thing I never anticipated, and here's a new wrinkle on my age and poverty, that the time would ever come again when an increasingly substantial percentage of my books budget -- a laughable notion -- would have been spent on paperbacks. Paperbacks! Can you imagine? Middle-aged bibliophile and much sniffed at snob, unexpectedly -- again, laughable -- surprisingly is taken before his time, and when Aladdin's Cave is opened -- what's this? Paperbacks?!

It's only too true.

I haven't collected paperback books since college. There was a day, that was all I could afford. (We'll just pretend, shall we, that that day has passed.) I sold off nearly every paperback I owned, years ago, in San Francisco. My late friend, P., borrowed a delivery van from the restaurant where he was working and drove me, grinding the gears up hill and down, selling my collection in bookstores all over that fair city. Since then, paperbacks? Not so much.

I'm too hard on most books, and need a more substantial binding. And I just like the feel and look and smell of most hardcovers better. And then there's my taste in books, many if not most of which nowadays are not being much reprinted for a mass market.

Things however change. For a couple of weeks there -- maybe closer to a month, come to think of it -- the bookstore's Espresso Book Machine, Homer, was "down." The technology being, if not entirely new, then most imaginatively repurposed, shall we say? Homer still has some health issues, now and again. The EBM support is marvelous, and our remarkably imperturbable and resourceful operator, A. is a wonder, but not everything that might go amiss in the machine can be rectified with a gentle, soothing tone of voice and a standard screwdriver. (Which would have been my only suggestion, as you might imagine, so I'm no help at all in a crisis.) No. Sometimes, as with even the greatest and most innovative technology, ya gotta wait for "the part." What a world, what a world. Now all the good people actually involved in the productive operation of the press will have naturally done whatever was necessary to keep up with orders. The community here in Seattle of helpful and friendly EBM techs continues to be a model of economic cooperation and mutual support. The power of Independents, indeed! However my personal addiction to reprints, quite sensibly, does not rise to the level of a crisis, so I had to simply do without until God was back in Her heaven, Homer was healed and all again was right with the world.

Then came the happy day, last week, was it? when dear, noisy, stinky, clunky ol' Homer started to make the donuts again. Rejoicing not only for the self-published, the press and the good people in the bookstore and beyond, but then there was pathetic, print-junkie me. I all but jigged when I got the news. Why, you may well ask? Well, I'll tell you.

In 1827 and thereabouts, the right Rev. Robt. Lynam, A. M. (?) undertook to continue a worthy and most mighty task, and under the auspices of one J. F. Dove, printer and publisher, St. John's Square, London, Volume # 11, of "Thirty Volumes, with Portraits," of The British Essayists: with Prefaces Biographical, Historical, and Critical, (this one being) The Guardian, saw the happy light of its original publication. I know, too exciting, even now.

The Guardian here collected is not the famous Manchester newspaper, "born May 5, 1821," but rather the last great magazine of Addison and Steele from the previous century. Not so famous, or good really, as their earlier Spectator and or their Tatler, The Guardian essays are considerably harder to come by, and then only piece-meal and anthologized, despite the acknowledged contributions therein of even Alexander Pope. Now you understand, I'm sure.

See, I found the whole glorious run of this thirty volume thing listed as available for reprint on the EBM. Imagine! And here was the first one I so desperately felt I needed, 'cause, like I said, where else was I ever going to find the damned thing? And then there is the hilarious idea that I would ever be able to afford a full set, in even the worst condition, of the original books. The only ones not actually falling apart are two sets, privately bound in full leather and just try -- try -- to think of what thousands of dollars those precious old darlings cost. But never despair, here I was able to get me one fat, full volume for ten measly bucks! As soon as Homer got over his surgery, bless 'im.

In the unwelcome pause of EBM printing though, I was given pause, equally unwelcome but perhaps as necessary, and realized that fully a quarter or more of the money I now spend on books, it seems I now spend reprinting just such old treasures on the bookstore's EBM. Well now.

Notice, as soon as I could, I was right back in the business of dancing 'round the machine, gleefully hoping my book was next and whooping a little when it finally came to me, now in the much more attractive standard white, red and black cover for a Google book , replacing the previous standard of either hideous teal or popsicle-orange trimmings.

I've said nothing here, I hope, to suggest any intention of reforming, have I?

Anyway, pause I nevertheless took to think that besides the shift in my library to ever increasing numbers of wonderful but basically rather cheap old classics in preference to more valuable modern firsts, etc., I have also abandoned almost any pretense to proper collecting and committed myself and my pitiful resources to acquiring more and more, and more again, of rather less than pretty paperback books.

Don't get me wrong, I'm happy, but my executors? Well, my darlings, you're fucked.