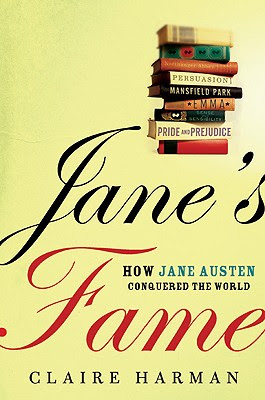 In a novel I read once, a novel by a contemporary author I'd liked, I was stopped cold by the incredible statement that the protagonist, admittedly already established in the narrative by then as a literate and indeed literary person, had read all of Tolstoy, all of Dickens, all of Eliot, of Dostoevsky, of Balzac, in French, and yes, all of Trollope! Trollope?! Really?! Actually, I think the list was even longer than that. The character, himself a novelist, as I remember, was meant to be younger than I am now by more than a decade. It was no easy thing, having read that, to keep reading; the character, the whole novel was, to my mind, made silly by this offhand declaration that whatshisname, by the way, had exhausted the Western Canon, by thirty or thereabouts. I don't say it isn't possible. I don't say that anyone might not have read all that by thirty, or even twenty, I suppose. But the novel was not called "The Man Who'd Read Everything," nor was the point taken up thereafter. There had been no description of how this feat had been accomplished, or why the character should have done such a thing. First I'd heard of it, in fact, when it was said to have already been done, possibly years before the action of the story. Had he been bedridden since childhood? Raised in the private library of a demanding pedant? Had he never seen a television, been to a movie, hung out with friends, had sex? No. There was no suggestion of any such circumstance. The assertion was made, by the character, or a third person narrator, I forget which, but was never challenged as implausible, and was just left at that. One was, presumably, meant to accept this absurdity as just a detail of character, as telling, but not so unusual as to require elaboration. I suppose the novel's author, himself having possibly been just such a prodigy, saw nothing that needed explaining. I don't know. I came quickly to suspect that this whopper was included to establish the protagonist as some sort of sadly sated intellectual, a sufferer of perfectly reasonable ennui, and that this little list was a kind of shorthand offered to explain and excuse his disinterest thereafter in fiction, in art altogether. As I remember the story, the guy goes on from that moment resolved to be more... engaged, I think was the word, with the world, or some such. At any rate, he's resolved, and not to be caught reading novels thereafter. Been there, done that, it seems. On to the next thing. Carpe Diem, boys! Time to really live!

The only thing more embarrassing than the cliche of this false dichotomy, was that list itself. Again, I must ask, all of Trollope?! Really?! On top of the Dostoevsky and of Balzac in French? Who does this, even in a novel about a novelist, who?!

Here's the thing: accepting the premise that anyone has read all these books in this way, the conclusion is false. This is not how reading works. Should one undertake, just to isolate one name from the list, the whole of Balzac's "La Comédie humaine," (he said the guy read it in French, mind you,) would that be the end of reading Balzac? I've not managed more than an armload myself, though not for want of enthusiasm or interest, and I can predict that should the day ever come -- I should live so long! -- that I get to the end of the shelf, I think I would want to start over, maybe in the middle, or in no order at all, but I would at least have to reread -- what? Lost Illusions? A Harlot High and Low? (I can only manage translations, more's the pity.) Having read my way that far in, why would I never want to go back? It's ridiculous. It's like saying, "Well, did Paris. Done with that old town."

Take an example nearer my own experience. Of the novels of Charles Dickens, I have now only The Mystery of Edwin Drood unread. I've read around it for years, but kept it, as it sadly was for its author, unfinished. I'm sure the reason's of such obvious psychology I need not examine it further. Of all the rest, I might make a list of what I read more than once, what I thought I'd read, but hadn't until I finally did, which books I don't remember as well as others, which are nearest to my heart, etc., etc. What does that do? No one need be impressed. A clerk in a bookstore, over a quarter century or more, has read most of Dickens. Not much to brag on. The point is that I would never have done so had I not loved reading Dickens, and by extension, come to love Dickens. I've read now at least half again as many words, and twice as many books about Dickens, as by him. I read new books about Dickens as they come, despite recognizing that I'm now unlikely to read much that I haven't before. But then, I read new books, and old books I hadn't read before, about Dickens for the same reason I reread the novels. Reading Dickens, in every sense, has become something I do. If not for the satisfaction of that, why read all the novels in the first place? Nothing so seemingly ambitious is required of anyone not committed to using the experience to write, I don't know, some new biography, or some new critical work, or to edit some new collection of his letters or his surviving laundry lists. All of that strikes me as rather pointless, but it is at least a reason. The only other I can think of is mine. If it isn't a satisfaction, either of some professional ambition or some personal preoccupation, why would anyone do such a thing?

Well, the answer is, no one would. No one does. No one should.

And that's what made that little list in that little modern novel bullshit. Such a person does not exist. The list, and the character, and the novel, are false.

And every argument being so loudly made lately about the failure of the novel to satisfy the contemporary reader is likewise false, and exactly the same species of nonsense, as that described above. I may fail Balzac. Balzac can not fail me. Neither the times nor the novel can change so much as to make Eugénie Grandet into just some antiquated bit of entertainment, some outmoded vehicle of "communication," to be displaced by, what? A video monitor? All this bellicose rhetoric from wan darlings of the current critical season, all this recyclist/repurposing of today's tired avant-garde, no matter how loudly and consistently they congratulate one another in the blurbs on their book jackets for "argufying" the novel out of existence, and for replacing it with some "daring combination of essay and montage," etc., etc., can displace the fact of reading Balzac. Anyone making such a claim, hasn't read Balzac, or did not really care for the Balzac they've read. Well and good then, don't. Others will. Others do. I do. But no self-congratulatory dismissal of fiction, of what these various novelists and "lyric essayists" have written themselves or what they claim to have read, no pastiche of cobbled quotations and the uncredited, borrowed -- pardon me, "sampled" -- bits of yesterday's critical hubris can be justified as the next necessary thing by the false premise that fiction is false, that the novel is dead, or that Balzac is made irrelevant by having told a story, or that Dickens isn't somehow Dickens anymore because David Shields can't read him.

When one reads so great a novel as Pride and Prejudice, or so rewarding a novelist as Jane Austen, when one reads Shakespeare, or Montaigne, or Ovid, or even Louisa May Bloody Alcott, after one is out of the classroom and done with proving oneself worthy of attention from the teacher or the awe of one's peers on the playground, one does not do so out of impatience with Jonathan Lethem or hoping to find suggestions of Albert Goldbarth in Shelley. It does not work that way. I read all the authors I've just mentioned, save Ovid and Alcott, because I've enjoyed reading them before, or because someone suggested I ought, I did, and I liked doing so enough to do so again. And what's more, if the writer somehow captures my attention so completely that I feel compelled to read more, to read all, I do not stop reading them, but reread, and read any and everything I can find, so as to know them better.

The idea that one can know Proust too well, or be done with him, if Proust is someone you've read through, is childish. One may never read Proust, or read but so far and stop. But if one has read Proust through and sees no need of him again, then one has not read him well or rightly, or for reasons that are appropriate to a grown person, but excusable only in the adolescent.

Who but me, in my middle age, cares if I read Proust or not, if I do not?

Reading last night through Claire Harman's new book, Jane's Fame: How Jane Austen Conquered the World, I was happily occupied well past the hour I ought to have put the book down and gone to bed. It is a clever little book, full of curiosities from the days of Austen's surprisingly checkered history of passing in and out of print, to her equally surprising, and surprisingly shaky reputation for a generation after her death. Then there is the birth of her cult, and the story of the foundation of her Society, and her popularity in the trenches of the First World War, as referenced rather shockingly by her appearance there in a comic story by Kipling, where a cockney soldier learns her very name can be a passport to safety and better grub! Harman's book is full of such unexpected and amusing things. What's more, she has managed to poke fun at the pomposities and absurdities surrounding "The Divine Jane," without once deflecting attention from the inestimable pleasure of reading Jane Austen.

And that pleasure, as I found it, is why I would read such a book as Harman's, isn't it? Why else? If one doesn't like Austen -- and I didn't until I was thirty, by the way -- there would be no reason for me to have set aside, among other things, Orley Farm, and John D'Agata's About a Mountain, both of which I'm thoroughly enjoying just now, to take up Harman's book.

That's what reading is about, isn't it? Otherwise, it's just studying for some perpetually anticipated examination question that never comes, or for purposes of what used to be called "cocktail conversation."

I can't imagine anything more embarrassing, at my age.

Oh, and I should mention that, much as I love him, I don't know that I'll ever read all 47 (!) of Trollope's novels. If I ever do though, I don't imagine anyone will be half so surprised, or impressed, as meself.
Posted by usedbuyer 2.0 at 9:16 PM