Not Ladies and Gentlemen... But Friends 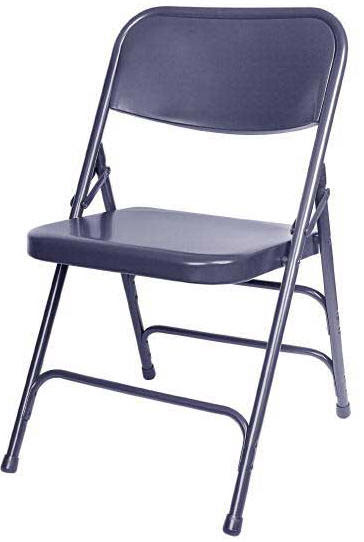 When I went to Bellevue a year ago to read "A Christmas Memory" aloud, the weather was spectacularly awful: snow, and freezing rain, and everywhere ice -- worn smooth in patches on the roads and pitched up into stiles on the sidewalks. It was not a hospitable environment even to walk in. I wore dress shoes that night that might as well have been skates. Pacing behind the bookstore, I was sure no one would come. But they did. I read to just a dozen people that night, but they were an excellent audience; attentive, sentimental, amused, and brave to even have ventured out that night, and for so slight an entertainment! It was wonderful. When it was over, I went to my car and saw that a new storm had come up while I was reading. The streets were white with it. Crossing the floating bridge to come back to Seattle took an hour! Getting up the West Seattle bridge to come home was the most difficult driving I've ever done. I never took the car out of second gear. Cars were skidding down the rise, a truck was facing the wrong way, stuck against the rail. It was terrifying. When I finally made it to our street, I had to park at the bottom of it and walk up. I could never have made it into the garage.

Going to read again in Bellevue, just last Friday, I remembered that long drive home and was grateful for better weather. (Another of my Christmas readings last year was canceled because of the snow.) This year, though it was a cold night, it was clear and I felt confident that this year everything would be better; the weather, the crowd, my reading, for having been rehearsed again and so familiar to me now that I know most of it without studying the page. Last year, leaving work to drive to the suburbs, worried about the roads, I'd rushed out in a terrible hurry and left my dress clothes behind. I'd stopped and bought a new shirt and sweater on the way, not wanting to read in just my work clothes. This year, I was prepared. I changed in the office of the bookstore's manager and had plenty of time to run through my introductions and both of the stories I was to read. The arrangements for the reading were perfect; a handsome poster, a comfortable chair, a low table for my books, even a rose on the table.

But no one came. I sat in the comfortable chair and stared out into the almost empty store and as the minutes ticked by until it was already passed seven, the hour I was scheduled to begin, there were only empty chairs before me. And then I was afraid, and a little ashamed at having counted on a better crowd than the year before. Last year, my readings had been listed in the papers. For whatever reason, probably all to do with the rather last minute nature of the planning this year, the only publicity had been in the stores. And now the Bellevue store looked as empty as a church the Sunday after Easter. I felt, frankly, a complete fool. I contemplated just slipping away, getting back in my car and driving home. I might plead some indisposition. Who would care but me? The staff working that night had been very kind, but I couldn't imagine they would be much bothered by the cancelation.

But I asked that an announcement be made in the store, an invitation to hear me read. After that, if no one came, I would excuse myself and go. But a few people did come, two shoppers and a few employees, and they were a wonderful audience. I had a good reading. Everyone seemed to enjoy it. I was satisfied, and no little relieved.

When I read the following Monday, at the bookstore where I work, the crowd was considerable. Extra chairs were put out at the back. Friends and coworkers and regular customers and a few complete strangers came and sat for an hour with me, while I read. We had gingerbread and cookies, coffee and tea, and everyone seemed pleased. (I was dissatisfied, as I always am, with my performance, particularly with the second piece I had prepared, the Dickens, but, no matter.)

Finally, on Wednesday, I read at Dunshee House, for the members of The Seattle Gay & Lesbian Book Club, their friends and a few others who came in rather late. This was, I think, the best of the three readings I did this year. The setting was intimate; a front parlor in a big Victorian house, with a handsome Christmas tree behind me, soft light, and again, happy and familiar faces in the audience. I was best pleased with the way I read, and even enjoyed doing the Saki story again that I'd prepared for my encore last year at the bookstore. It was not the success I might have hoped this time, as I don't think I'd explained enough in my brief introduction about some of the unfamiliar references in the story, but still, my audience laughed, and that is always gratifying. Everyone, at all three readings this year, seemed to enjoy the Phyllis McGinley poem I read to close the evening out.

The weather then, for all three readings this year, was well nigh perfect; wintery, even wet, but not unpleasantly so, and just near enough to feeling like a traditional Christmas -- at least in the Northwest -- to justify an evening of Christmas readings. But then, weather has less to do with my success or failure at these things than last year's experience has allowed me to think in the year between. Most obviously, people need to hear about this business in time to actually plan to come, so if I do this next year, I shall have to try to do better about that and get back into the papers. But more than that, my experience this year has reminded me that like the wedding guests addressed in Mr. Pickwick's toast at Dingley Dell, I must remember that I am addressing friends, rather than merely "ladies and gentlemen," and that, again like Pickwick, I am taking a liberty in so doing, though, I hope, a flattering one. What I'm reading about, and what I am offering, is friendship.

The truth is that I would read aloud to anyone, or I should say, any one person, if given the chance, and I would enjoy it and hope my "audience" did too. It is the act of reading aloud that defines the pleasure in the experience for me. The assumption of voices, the opportunity to perform really, is a treat for me. There is a large component of simply showing off in doing this kind of thing, it's true. But I very much believe in all the stories I read, in what they have to say about Christmas, the holidays, foolishness, fondness and friendship. I do not much like my own voice, but I do like the sound of the author's voice, even if heard only through me -- though I attempt nothing so dangerous as an imitation of Truman Capote's speaking voice, let me just say. What I like then is the sense and the music in the words, and the rare opportunity to share these with friends old and new. (And I am still greedy for more, it seems.) It is friends then for whom I read, in every sense, weather be damned.
Posted by usedbuyer 2.0 at 1:03 AM