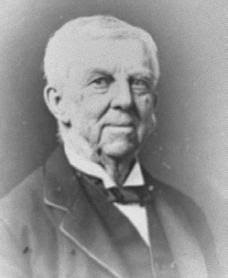 "Apologizing - a very desperate habit - one that is rarely cured. Apology is only egotism wrong side out." ~Oliver Wendell Holmes, Sr., The Professor at the Breakfast-Table

Oh dear. I have been called to task on two points. First, I was reminded by an acquaintance that "people do not read long entries on a blog," which will mean, I'm afraid, said people will not be reading this. Nothing to be done about it. I am long-winded; I write as I talk and talk, when granted a listener, until I'm stopped. On more than one occasion I've talked even the most attentive listeners to sleep. When I was writing for work, I tried rather desperately to keep things light and quick, adding pictures seemed to help when I was blogging, and after many years in the book business, I may finally have mastered writing Staff Recommendations that actually fit on the requisite card -- in a very small font, but still. Here I seem, to myself, to be rushing, even racing to the end of each entry in what feels like the fewest possible words. It does not, evidently, seem so to others.

I bought a new camera before Christmas. To call it a "video camera" seems wrong. It is smaller than my first cigarette-case. My intention was to film my own reading of Capote's "A Christmas Memory" to distribute in place of Christmas cards. Only after I bought it and tried to work the thing, did I decide instead to hire a professional to film the reading and make the DVDs for me. His only complaint in trying to do so? My reading, which to me always seems rushed, was simply too long to be easily accommodated in a computer, at least as I understood what he was telling me. It seems, yet again, I did go on.

An old friend -- himself a former newspaper man, now in advertising -- wrote to tell me that, having read something of what I've written here, while I can write, my habit of apologizing was driving him crazy. Do I do that? I do. He's right, of course. I would apologize... but you do see the problem.

These are bad habits. They make for bad writing. I really must amend. I will try. But, ( you had to have seen that conjunction coming, no?) I have read too much in the old essayists, and affected, I think, a modesty I may not have earned. Johnson said, in a letter to Richardson, "what is modesty, if it deserts from truth? Of what use is the disguise by which nothing is concealed?" But then Johnson, and even Samuel Richardson, whose books may be masterpieces though I can't seem to read them, were voluble men, as well as great writers, and their modesty is admirable because of their achievements. Mine is inbred. The first lessons of my childhood were all chiefly to do with minding my manners, and my place. Attention could be given, but was never to be rudely drawn to one's self. Having offered this excuse, I would supply another. I learned, as a queer but clever, sly boy, that I might say almost anything, if said in an amusing way, and so long as the requisite apology afterwards was sincere. My apologies are still and almost always sincere.

Our oldest, true arms in this life are the defenses we are given at home and acquire on the playground; the bully in rompers will bully his wife, the coquette in pigtails will cage drinks when she's wearing a wig, and the sassy sissy, will still grovel and snap as he passes forty and five. To promise I will go and sin no more would be... insincere.

I will try, however, as I said, to amend. I may never have the confidence to say just what I think, and the consequences be damned, anymore than I will ever stop thinking and saying what I ought perhaps not. I think in qualifications. I express my regrets as easily as my opinions because I have the reflex of the former at the expression of the latter. What if I am wrong? Who the Hell am I to say? It is the best I can do. Maddening, ain't it?
Posted by usedbuyer 2.0 at 10:30 PM