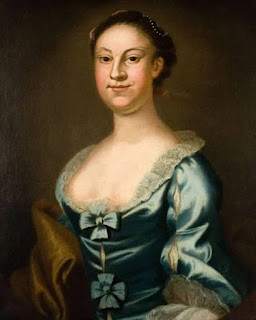 From Washington's End: The Final Years and Forgotten Struggle, by Jonathan Horn

"According to family lore, Lawrence's recently deceased mother had appeared 'so strikingly like her brother (Grandpa)' that soldiers would have obeyed her orders had she donned 'a military hat on her head.'"