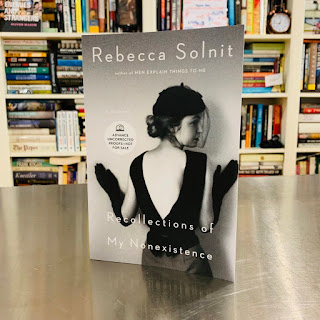 From Recollections of My Nonexistence, by Rebecca Solnit

"What I had then was a voice that leaned hard on irony, on saying the opposite of what I meant, a voice in which I often said things to one person to impress other people, a voice in which I didn't really know much about what I thought and felt because the logic of the game determined the moves. It was a hard voice on a short leash."