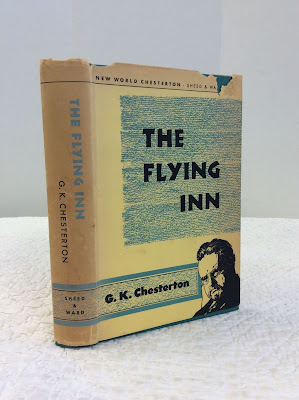 From The Flying Inn, by G. K. Chesterton

"In a hamlet round about Windermere, let us say, or somewhere in Wordsworth's country, there could be found a cottage, in which could be found a cottager. So far all is as it should be; and the visitor would first be conscious of a hearty and even noisy elderly man, with an apple face and a short white beard. This person would then loudly proffer to the visitor the opportunity of seeing his father, a somewhat more elderly man, with a somewhat longer white beard, but still 'up and about.'"

From Chapter XVIII, The Republic of Peaceways
Posted by usedbuyer 2.0 at 12:01 AM