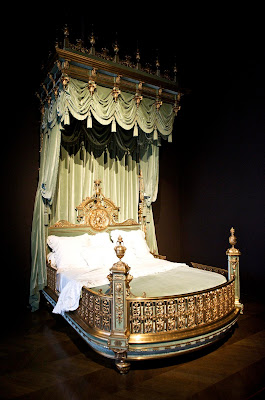 From The Mistress of Paris: The 19th-Century Courtesan Who Built an Empire on a Secret, by Catherine Hewitt

"The prospect of fame and public attention, the thought that her bedroom might feature in the latest top novel, were powerful incentives to be more generous with Zola than she had been with Dumas.  Besides, on one point at least, Valtesse and Nana heartily agreed; concessions could always be made 'when a work of art's involved.'"