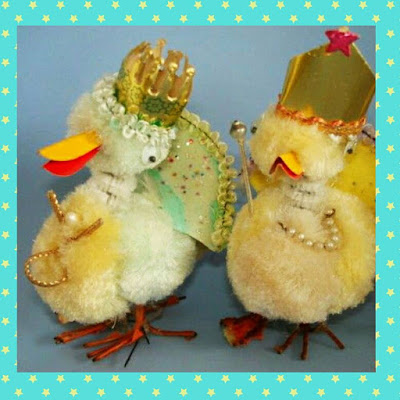 From The Collected Poems, Volume Two, by Alfred Noyes

'I want to be new,' said the duckling.
'O, ho!' said the wise old owl,
While the guinea-hen cluttered off chuckling
To tell all the rest of the fowl.

'I should like a more elegant figure,'
That child of a duck went on.
'I should like to grow bigger and bigger,
Until I could swallow a swan.

'I _won't_ be the bond slave of habit,
I _won't_ have these webs on my toes.
I want to run round like a rabbit,
A rabbit as red as a rose.

'I _don't_ want to waddle like mother,
Or quack like my silly old dad.
I want to be utterly other,
And _frightfully_ modern and mad.'

'Do you know,' said the turkey, 'you're quacking!
There's a fox creeping up thro' the rye;
And, if you're not utterly lacking,
You'll make for that duck-pond. Good-bye!'

'I won't,' said the duckling. 'I'll lift him
A beautiful song, like a sheep;
And when I have--as it were--biffed him,
I'll give him my feathers to keep.'

Now the curious end of this fable,
So far as the rest ascertained,
Though they searched from the barn to the stable,
Was that _only his feathers remained_.

So he _wasn't_ the bond slave of habit,
And he _didn't_ have webs on his toes;
And _perhaps_ he runs round like a rabbit,
A rabbit as red as a rose.