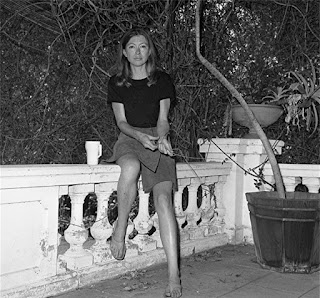 From South and West: From a Notebook, by Joan Didion

"NOTE: On being asked for identification when I ordered a drink in the rural South.  Before I came south I had not been taken for seventeen in considerable years, but but several times in that month I had to prove I was eighteen.  It is assumed that grown women will have their hair done, is all I could think."

From An Afternoon with Stan Torgerson
Posted by usedbuyer 2.0 at 12:50 AM