From The Source of Self-Regard: Selected Essays, Speeches, and Meditations, by Toni Morrison

"The imaginative and historical terrain upon which early American writers journey is in very large measure shaped and determined by the presence of the racial Other. Statements to the contrary insisting upon the meaninglessness of race to American identity are themselves full of meaning. The world does not become raceless or will not become unracialized by assertion." 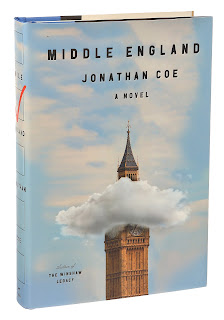 From Middle England, by Jonathan Coe

"'Everything about this is ridiculous. Even the name of the student who's complained. I mean, who calls their daughter Coriander, for God's sake?'"

The View from an Unmade Bed 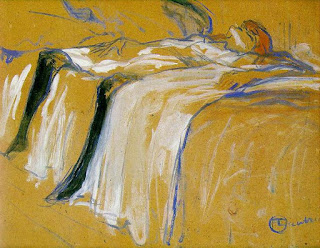 I have a proposal, a business proposal, you know, for work. I think that when the Human Resources Department is explaining the dress-code to new employees, they should make a chart or a pamphlet. On one side would be a picture of, say, Gigi Hadid in the prohibited outfit: short-shorts, a tank-top, flowered flip-flops, a MAGA hat, and then, facing that, me in the same clothes. The Gigi side could say, "What you think you look like." And then over my picture something like, "What we think you look like." or "What the public sees." That's something right there you would not be able to shake. Lesson learned. Done.

Before I'm accused of self-body-shaming -- a phrase I can not imagine saying aloud -- let me clarify. I am not ashamed of my body. My body is a temple -- a filthy ruin unfit for Baal, but a temple none the less. That's not fair. I'm clean. I can say that. Soap and water, sometimes more than once a day, just like city-folk. Try to keep the beard tidy. Always say, "yes, please" when my barber asks me if I want him to address my eyebrows and ears. I wear mostly clean, loose clothing more for comfort than fashion. I usually describe my style as an unmade bed. I am then for my age presentable in undemanding circumstances. In fancy bib and tucker I look like a headwaiter in an operetta, out-of-doors, like the village elder sent to plead for more winter-corn for the serfs, and naked? Naked I look like an unsurprisingly pink Rubens putti in a pantomime beard. See? Shameless. Calm down.

I mean that about being shameless. It was not always so. Weirdly, when I was young and fleetingly thin, I was convinced of my own hideousness and so shocked that anyone might express sexual interest in my person, I'm afraid I married the first handsome guy who didn't ask me to leave in the morning. (I got lucky, thirty-five years lucky. Fingers crossed.) Meanwhile, last year I posed nude but for my work-apron in a promotional campaign for the bookstore where I work. Fuck it. You want me?  Help me get these compression-socks off.

Beyond being loved by a good man, how I got to this careless state has a good deal to do with the Internet. I will explain. It's nothing to do with self-confidence, empowerment, or discovering niche porn. Forget all that blather about loving myself before I can love anybody else. Nonsense. I loved Henry James before I was twenty. That was real. That's lasted. Myself? Him I've learned to live in. Resignation, children, is the adult version of acceptance. What am I going to do about it in my fifties? Get taller? Eat sensibly? Take up cross-fit? I don't even know what that is and please don't explain it to me. I can't drink soda anymore because it gives me heartburn, not because I worry about aspartame  or my sugar intake. Gravy has tried to kill me more than once lately but it's still a risk I am obviously willing to take. It isn't studying WebMD that's made the Intertubes important in my life, it's this, doing this, writing a blog, posting drawings and quotations and writing the occasional occasional essay. Doing this for eleven years as of today has cured me, perhaps ironically? of my constant need for approval, affirmation, praise, attention.

See? Simple. I did something. I got better at it. Sometimes some people noticed and said nice things, sometimes not, but that, the repetition as much or more than the stray compliment, made me less self-conscious. I wanted to do something, sorta in public, and I did it consistently for more than a decade. Imagine that.

The fact is I couldn't have imagined this more than a decade ago. I'd done things. I've always drawn. I wrote. But doing those things here felt finished in a way nothing I'd done before ever did. Now I do a podcast about books and a few people listen. I gathered up some doodles and made a book. I did a few more. Not long ago I published a book of essays from here. Again, imagine that.

And I got older. Older and fatter and balder, and who cares, darling?

A friend recently wrote some very kind things about that little book of essays. He mentioned my struggle, back in the day, to find my voice. I did that here. Strangers at the cash register admire my sketching between customers and tell me I'm marvelous. That's nice. I don't do it for that reason. I do it because it's bloody boring standing at a cash register and so I'll have something amusing to post here when I don't feel like writing, or more likely, finishing something I started writing a month ago.

I can't say I had no idea who I was until I started doing this, whatever this is, because people who say things like that about their blogs, or their home-canning, or their "grief-work", or on their weird instructional videos about packing suitcases properly, those people sound like idiots. I try not to be an idiot, still. No. I had a pretty good idea who I was by the time my mid-forties had rolled around. What I did here was in a humbler way what Montaigne did when he went up into his tower to read and scribble for a bit. I know myself better for writing here, for writing something other than the novel no one needed from me. I'm better at drawing birds now. And people. I'm better at reading aloud. I'm better, thanks for asking.

Which isn't to say I mean to inspire anyone else to do this. You want inspiration, darling, watch Greta  Thunberg at the UN, write to prisoners, read more -- and better --books. Short of murder or voting Republican, do just as you like, just do it with some consistency and see if you don't get better at it and care less if anyone notices. That's my advice. No one's asked, by the way, and I'm good with that.

Now I've started, what else?

Oh, and don't be stupid. Dress like a grown-up, specially at work. Nobody thinks those coochie cutters look "cute" in broad daylight. Wash your damned neck, son, maybe shampoo that hair now and again. Stop reading baby-books. Our heroes should not be our imaginary children, people. Maybe learn French. It's not like my life is sans regrets.

And get naked if someone asks you to. It's not all so serious as that, you know. Don't be afraid to show your ass.

Tomorrow is another day and probably another drawing of a chicken in a dress.

Today We Are Eleven 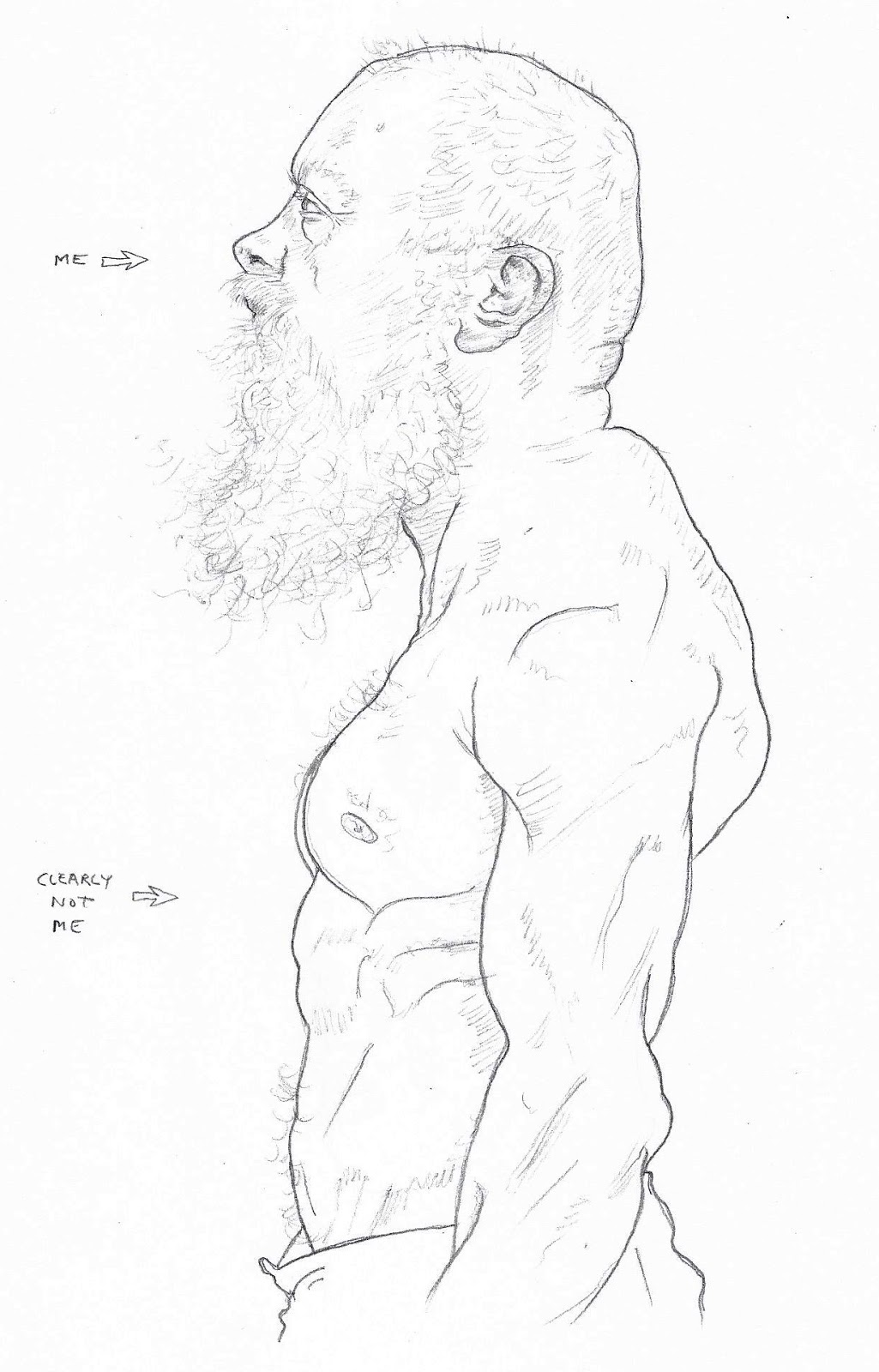 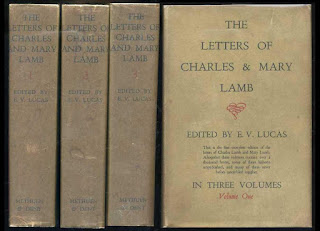 From The Letters of Charles Lamb to which are added those of his sister Mary Lamb, Volume Two, Edited by E. V. Lucas

Thank you for the books you have given me and for all the Books you mean to give me. I will bind up the Political Sonnets and Ode according to your Suggestion. I have not bound the poems yet. I wait till People have done borrowing them. I think I shall get a chain, and chain them to my shelves More Bodleiano, and people may come and read them at chain's length.  For of those who borrow, some read slow, some mean to read but don't read, and some neither read nor mean to read, but borrow to leave you an opinion of their sagacity. I must do my money borrowing friends the justice to say that there is nothing of this caprice or wantonness of alienation in them. When they borrow my money, they never fail to make use of it. Coleridge has been here about a fortnight..."